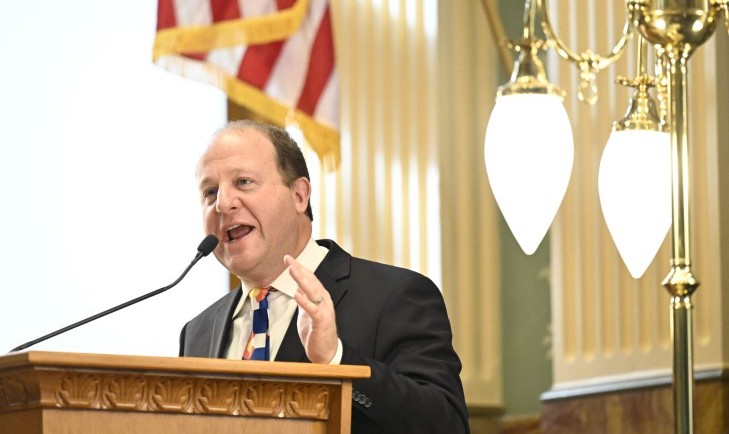 During his State of the State address on Jan. 17, Colorado Gov. Jared Polis outlined a vision for what he hopes the Centennial State will look like in three years, the state’s 150th birthday.

A key component of this vision, he said, is “having a clear path to 100% renewable energy by 2040.” To do so, he proposed, “continued development of clean energy technologies of the future like geothermal” – including $9 million for Colorado Mesa University to expand its campus-wide geothermal systems and help it become the first university in America to regulate the temperature of its entire campus using 100% geothermal energy.

For the past seven months, Gov. Polis has led an Initiative with the Western Governors’ Association to examine the various market, technology, and policy factors that affect the development and deployment of geothermal technologies across the West.

As part of this Chair Initiative, dubbed The Heat Beneath Our Feet, Polis toured the geothermal heat exchange system at Colorado Mesa University in September.

Using less than half of the electricity required by a traditional HVAC system, the geo-exchange system at Colorado Mesa University heats and cools 70% of the buildings on campus (1.2 million square feet), reducing the University’s carbon footprint by nearly 18 metric tons per year, and saving $1.5 million a year on energy costs.

“This is an exciting example of community-scale geothermal,” Gov. Polis said during the tour. “Once we build this great geothermal heating and cooling system, we can leverage it to help extend the benefits and savings to the community.”

Learn more about the geothermal heat exchange system at Colorado Mesa University by watching the video below.

And be sure to check out The Heat Beneath Our Feet Webinar series, as well as WGA’s ‘Out West' podcast, to hear from regional experts about the future of geothermal energy use.