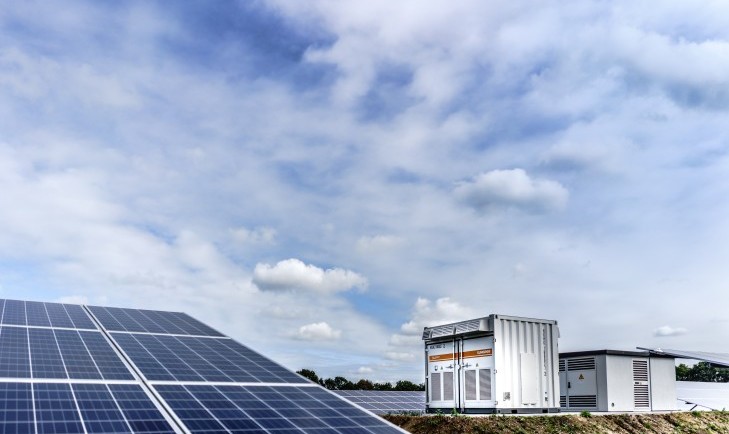 The Western Governors' Association keeps you updated on the latest news in the West. Here are the top stories for the week starting Jan. 16, 2023. (Photo courtesy of Christine Reed from the Casper Star Tribune)

As domestic electric power markets change to meet decarbonization goals, the West is bolstering storage capacity. The installation of large-scale battery storage could contribute 10,000 megawatts of power to the grid between 2021-2023, 10 times the 2019 capacity, according to the U.S. Energy Information Administration.

North Dakota is looking to stay ahead of the curve by diversifying its energy portfolio. The state hopes to receive funding from the Department of Energy's Regional Clean Hydrogen Hubs program. Hydrogen technology could generate a new storage method and clean, dispatchable power.

Researchers at the University of Texas at Austin studied ways wind farms can enhance profitability by producing hydrogen. To achieve this goal, scientists converted solar and wind power to hydrogen. When stored, the hydrogen is available 24/7, eliminating issues related to dispatchable energy. The findings noted that regulatory changes could help grow the market.

On the development side, a Canadian company plans to open the world's largest compressed-air facility in California. Hydrostor will capture surplus energy on sunny days to push air into underground caverns. Like "storing sunlight in a bottle," the method could reduce blackouts and store energy for decades without losing efficiency. "If you want clean, renewable energy every hour of every day of every month of every year, you need long-duration energy storage," said Julia Souder, executive director of the Long Duration Energy Storage Council, a trade group.

Noon Energy, also located in California, developed long-duration storage that reduces costs and retains clean energy longer than existing lithium-ion batteries. Founded by a former NASA scientist, the venture is confident that the product can work at the scale of a grid power plant after a lab prototype yielded successful results.

FlexGen Power Systems is expanding into the western region too. The company will co-locate 420 megawatt-hours of storage at four natural-gas-fired facilities in the Golden State. Batteries will store excess energy from solar power resources during the day to support peak demand at night. "California has been a global leader in driving the clean energy transition, and this group of innovative projects is another important milestone towards providing the state with a reliable grid built on a foundation of clean energy," said Kelcy Pegler, CEO of FlexGen.

Turning Coal into Housing: To sustain the coal industry, University of Wyoming researchers are considering its potential to support construction. A recent project at the University built a house out of fire-resistant char bricks that are cheaper and more efficient to produce than clay bricks. The resource can also make other construction materials, including mortar, plaster, roofing and insulation. Listen to an episode of WGA's Out West podcast to learn more about how rural coal communities in Utah are adjusting to changing markets.

Record-Setting Whales: In 2022, whale sightings in the Salish Sea broke records. The Pacific Whale Watch Association recorded sightings of Bigg's killer and humpback whales on more than 270 days of the year. Sightings of Bigg's killer whales reached 1,200, double the 2017 total. Additionally, the 396 individual humpback whales photographed in 2022 are the most documented over the past century.