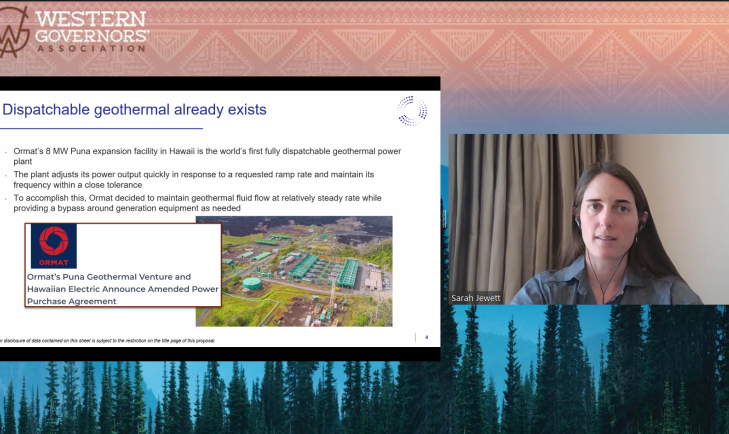 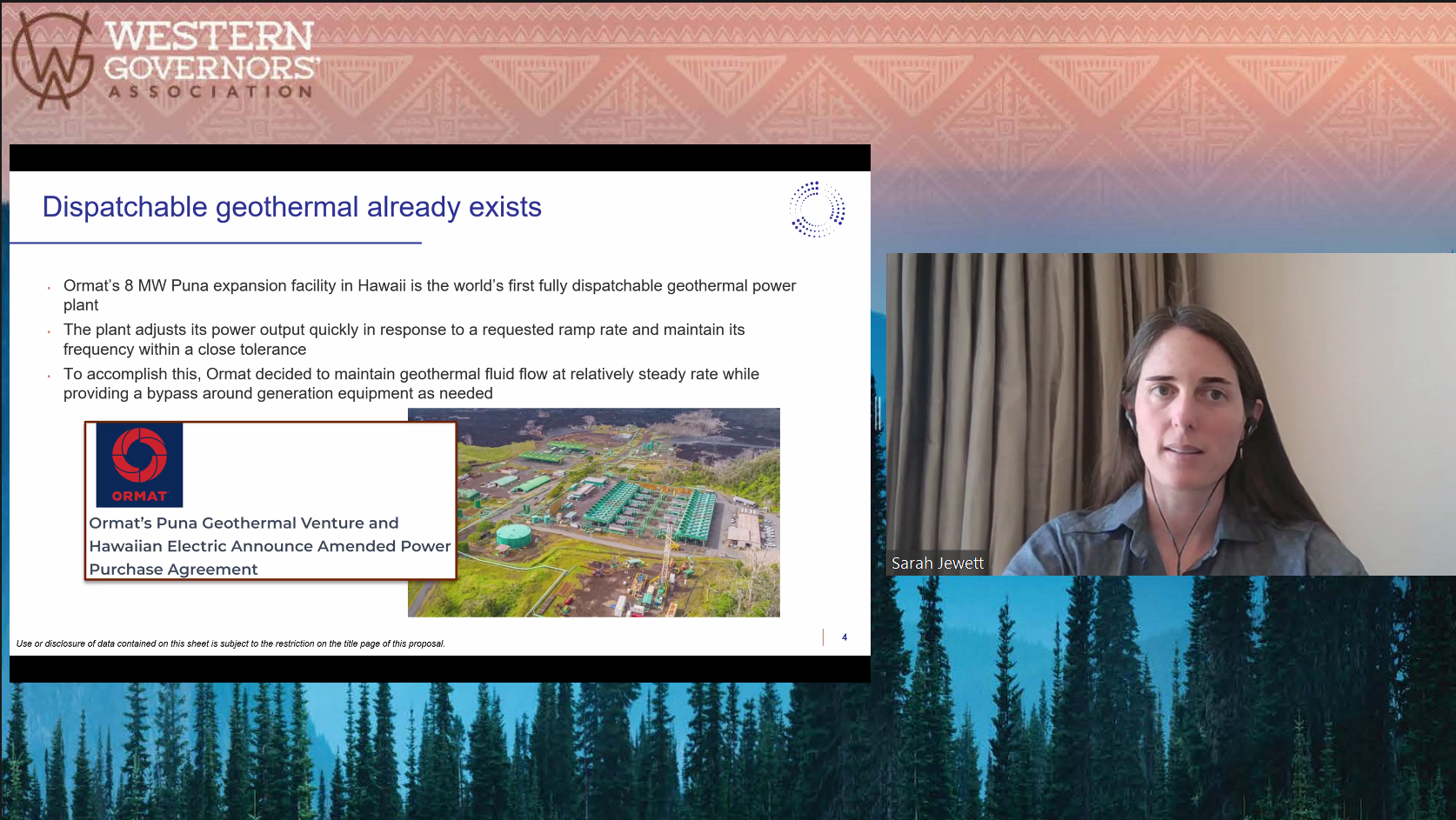 The latest installment of The Heat Beneath Our Feet webinar series, entitled 'More than Just Heat,' explored the potential for geothermal energy to aid in the production of hydrogen and improve energy storage.

For this discussion, WGA was joined by Keith Malone, the public affairs officer for the Hydrogen Fuel Cell Partnership, and Sarah Jewett, the Vice President of Strategy for Fervo Energy.

Jewett spoke about Fervo Energy’s work with Princeton's Net Zero lab to develop geothermal reservoirs capable of storing energy and how it can help the region stabilize the grid as more services are electrified – without having to rely on critical minerals.

“So, you as you continue to pump into a reservoir… you end up sort of swelling the system and as you swell that system, energy is stored such that when you open the production wells the reservoir releases a lot of hot fluid and you actually have a little bit of an overproduction of energy,” she said.

Doing so, she added, “can provide many different characteristics that many of the other long-duration energy storage technologies can't really compete with,” including storing multiple megawatts of power at a time.

“Fervo has set out to develop a system that we could equip every single one of our geothermal power plants with,” she said. “So because of that, it's sort of in the five to ten-year range for full gigawatt scale deployment.”

Keith Malone, the public affairs officer for the Hydrogen Fuel Cell Partnership, spoke about how geothermal energy production can be coupled with hydrogen production, which can also act as a form of energy storage.

Following the announcement of the Biden administration’s Hydrogen moon shot and the passage of the Inflation Reduction Act, which includes a hydrogen production tax credit, “hydrogen from geothermal is really well positioned under these conditions to shine in a way that it never has before,” he said. “That hydrogen production tax credit becomes not just a driver but an accelerator of interest.”

While the potential to use geothermal energy for sustainably producing hydrogen seemly grows by the day, it also offers a unique opportunity for long-term energy storage that can be used to transport electrons across long distances where power and/or transmission lines don’t exist.

“In case of an earthquake, or a tsunami, or a major Wildfire… long-term energy storage becomes absolutely critical for what we might call isolated or islanded communities,” he said. “So hydrogen deliveries um become a really interesting opportunity to get them off their diesel dependency.”

And Check out our podcast, Out West, on Podbean, Spotify and Apple Podcasts.