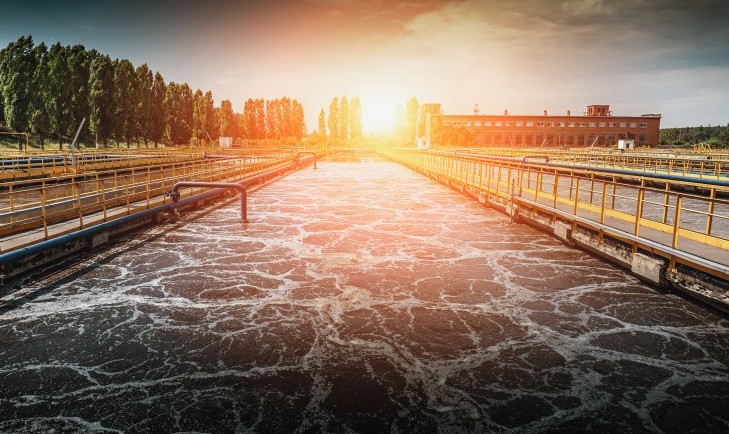 The Western Governors' Association keeps you updated on the latest news in the West. Here are the top stories for the week starting October 17, 2022. (Photos courtesy of DedMityay and Shane Thomas).

As the effects of long-term drought in the West rear their ugly head, more states have begun to look at recycling wastewater as a critical tool for maintaining water supplies.

Ohio, South Carolina, and New Mexico have also set up regulated DPR systems. Florida, Arizona, and California are also working to develop a similar regulatory scheme. A direct potable reuse facility was recently opened near the Headworks Reservoir in California, the first facility in the state to put purified recycled water directly back into the drinking system, serving as proof of concept.

The U.S. Bureau of Reclamation and Washoe County Community Services Department in Nevada are also funding a feasibility study to demonstrate the effectiveness of recycling wastewater. Unlike the systems referenced above, Nevada will use low-energy treatment technology to reclaim treated effluent for indirect potable reuse (IPR), which utilizes an environmental buffer to help purify the water.

Sacramento RegionalSan is upgrading its wastewater processing facility in Elk Grove to clean the effluent enough to be used for irrigating crops.

Boise, Idaho is launching a pilot program to identify the best way to clean industrial wastewater and recycle it for additional industrial use or to refill the groundwater table. The water processed through the pilot program will not contain any waste disposed of through household toilets, sinks, or showers, as the systems mentioned above, but instead will purify water from a Micron facility in southeast Boise.

Carbon Capture Partnerships: In 2021, Flagstaff, Arizona, and Boulder, Colorado launched the 4 Corners Carbon Coalition to spur innovation in the carbon capture industry by awarding grants to fund local, replicable projects that remove carbon dioxide from the atmosphere. Last week, Santa Fe, New Mexico, and Salt Lake City, Utah joined the group. Their first round of grants will focus on de-carbonizing concrete. The coalition opened grant applications with a webinar on Oct. 19th and will accept proposals over the next two months.

Recycling Plastics: Recycling technologies can only operate effectively if plastic inputs are clean and separated by type – a very expensive process that contributes to only 5% of used plastic in the U.S. being recycled. Researchers at the National Renewable Energy Laboratory (NREL) and Oregon State University, however, have developed a chemical process that can convert mixed plastics to a single chemical product, allowing it to be recycled without sorting by type. “The chemical catalysis process we have used is just a way of accelerating a process that occurs naturally, so instead of degrading over several hundred years, you can break down these plastics in hours or minutes,” said Kevin Sullivan, a postdoctoral researcher at NREL. Record-breaking Trout: While fishing with her family on Henry’s Lake in eastern Idaho, a local woman reeled in a 36-inch, 17-pound rainbow/cutthroat hybrid trout. “That’s the biggest trout I’ve ever seen in my life,” her husband said as he netted the fish. After measurement, they discovered it crushed the state catch and release record by 6-inches.