The Western Governors' Association keeps you updated on the latest news in the West. Here are the top stories for the week starting October 24, 2022. (Photos courtesy of Werner Slocum / NREL, Matt Chi, and Tesla).

One of the drawbacks of solar power is how much land it requires. However, as margins in the agricultural industry shrink, combining solar generation and crop production on the same land offers significant upsides for all involved.

Known as agrivoltaics, agrophotovoltaics, dual-use farming, or agri-PV, the idea has garnered a significant amount of attention in recent weeks as drought and extreme heat affect harvests throughout the West.

In California, farmers are using solar panels on their land to help conserve water, create humidity, and lower temperatures that can become too much even for heat-loving tomatoes. The addition of solar panels also pays farmers as much as $1,000 a month per acre.

In Arizona, researchers found that tomato production doubled beneath solar arrays, and was 65% more efficient in the use of water. They also found that jalapeños were 167% more water efficient, even though production remained the same. The same studies found that solar panels with a garden growing beneath them stayed cooler and produced more energy.

In Colorado, Guzman Energy is using sheep to “mow’ the grass around solar panels, limiting maintenance costs while the solar panels provide shade and shelter for the sheep. In fact, the Denver Based energy provider almost didn’t get approval for an 80-megawatt solar farm in western Colorado, until it agreed to add irrigation to support 1,000 sheep and possibly host beehives.

To help further prove the concept of agrivoltaics Oregon State University’s North Willamette Research and Extension Center announced the creation of a $1.5 million research farm where it can experiment with how to maximize the benefits of solar panels on farmland. According to Chad Higgins, an associate professor of biology and ecological engineering research at OSU who conceived the idea of the research farm, widespread installation of solar arrays on farms could provide 20% of all electricity generated nationwide. To reach that benchmark would take a land base roughly the size of Maryland, or about 1% of current U.S. farmland. 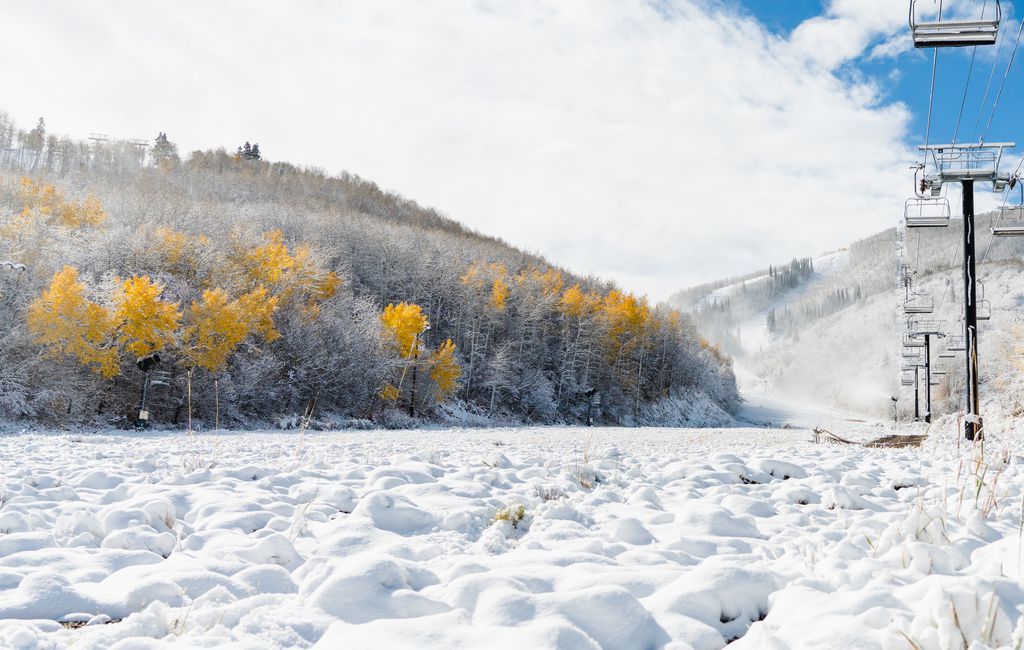 Winter has Come: Last week Arapahoe Basin in Colorado became the first ski resort in the country to open for the season. With much of the West accumulating snow last week, including a storm in Utah that set up a “designer snowpack” for backcountry skiers, more will be opening soon. The change in seasons has many hoping for a big winter and with a “triple-dip La Nina” in store, their wish will “more than likely” be granted.

Two Birds, One Geothermally Heated Stone: Research from the Pacific Northwest National Laboratory in Washington shows that coupling geothermal energy production with lithium extraction could substantially lower the cost of geothermal developments and boost plant profitability. Plus, it would provide a way to extract high-demand minerals like lithium to manufacture batteries, electronic vehicles, and more. The Future of Freight: TeraWatt Infrastructure recently announced that it’s developing a network of high-powered charging centers for heavy-duty and medium-duty electric trucks along the Interstate 10 highway, stretching from the Port of Long Beach-Los Angeles, California, to El Paso, Texas. The announcement comes just in time for Tesla’s first delivery of its electric Semi Class 8 trucks. With a 500-mile range, the first models will be used by Pepsi Co. to support its Frito-Lay plant in Modesto, California, and its PepsiCo beverages plant in Sacramento.

Wyoming Wildlife: The U.S. Department of Agriculture is pledging $16 million toward efforts in Wyoming to preserve big-game habitat and migration corridors on working ranchland for species such as elk, pronghorn antelope, and mule deer. Secretary of Agriculture Tom Vilsack and Wyoming Gov. Mark Gordon said they hope the project will develop more trust among different interests and enable similar partnerships to be scaled up throughout the West. “The management that farmers and ranchers have done on private lands and public lands are key to making sure we have abundant wildlife going forward,” Gordon said. “This sets up a program that rewards ranchers for doing what they’ve done.”

Get Otter Here: Four otters were rehabilitated and released in the Canadian River by WildCare Oklahoma, a nonprofit wildlife rehabilitation facility in Noble, Oklahoma. Animal care staff raised the otters since they were just a few weeks old, taking special care to prevent the otters from habituating to people. Even still, these otters have interacted with humans substantially more than the average wild otter, so WildCare organized a “soft release” for this group of four. A homeowner near the river has volunteered to keep an eye on the otters and report back to WildCare, as well as bring them regular trays of fish. With any luck, the otters will spread out over miles of their new habitat within a week or two, and they’ll finally be on their own.