The Western Governors' Association keeps you updated on the latest news in the West. Here are the top stories for the week starting August 29, 2022. (Photos courtesy of Unsplash/Elisa Photography, AP Photo/Gene J. Puskar, and Bing Guan/Bloomberg)

To help the nation’s farmers address issues ranging from workforce shortages to underserved producers, the U.S. Department of Agriculture (USDA) is investing $550 million to bolster the workforce and support innovative agricultural technology projects. From self-driving tractors to precision technology and space agriculture, the West is already working diligently to transform the industry — a top priority for Western Governors.

Precision agriculture is also getting a boost in federal funding. North Dakota State University and Grand Farm, an initiative of the nonprofit Emerging Prairie dedicated to agriculture innovation, received a $1 million investment from the USDA’s Agricultural Research Service. Earlier in the year, the state legislature approved a $10 million appropriation for the nonprofit to build an innovation facility as part of a matching grant from the U.S. Department of Commerce. Read more about other western states that are using precision agriculture in a previous Best of the West.

Agriculture innovation isn’t only happening on Earth. When NASA’s Artemis I mission launches into space, seedlings, a fungus experiment, a photosynthetic algae experiment, and a yeast experiment led by the University of Colorado Boulder will be on board. The rocket, built with the help of Colorado’s aerospace industry, will help researchers understand how to grow food during space travel. Its anticipated launch date is Saturday, September 3.

After astronauts successfully grew red and green chile peppers from New Mexico on the International Space Station, NASA is encouraging the public to grow them at home. The project will highlight the crops’ unique physiology and adaptability to different environments. Schools can participate in the program too, and NASA will send seeds to those who are interested.

Indoor farming is another area undergoing innovation. Colorado is investing in indoor hydroponic farming to improve sustainability and conserve water. Gov. Jared Polis signed a bill that supports the year-round farming method. The agricultural producer Spring Born, which runs the state’s largest indoor hydroponic facility, received $30 million from the USDA and Colorado Commercial Property Assessed Clean Energy to fund the building that houses operations. To enhance sustainability, the company recycles water, has no runoff, and reuses the soil on a ranch.

Vertical farming is even making its way to the city, and a revitalization project in the Historic Westside of Las Vegas, Nevada, is implementing the practice. The redevelopment plan will help low-income residents with the goal of reducing food insecurity in the area by 25%. 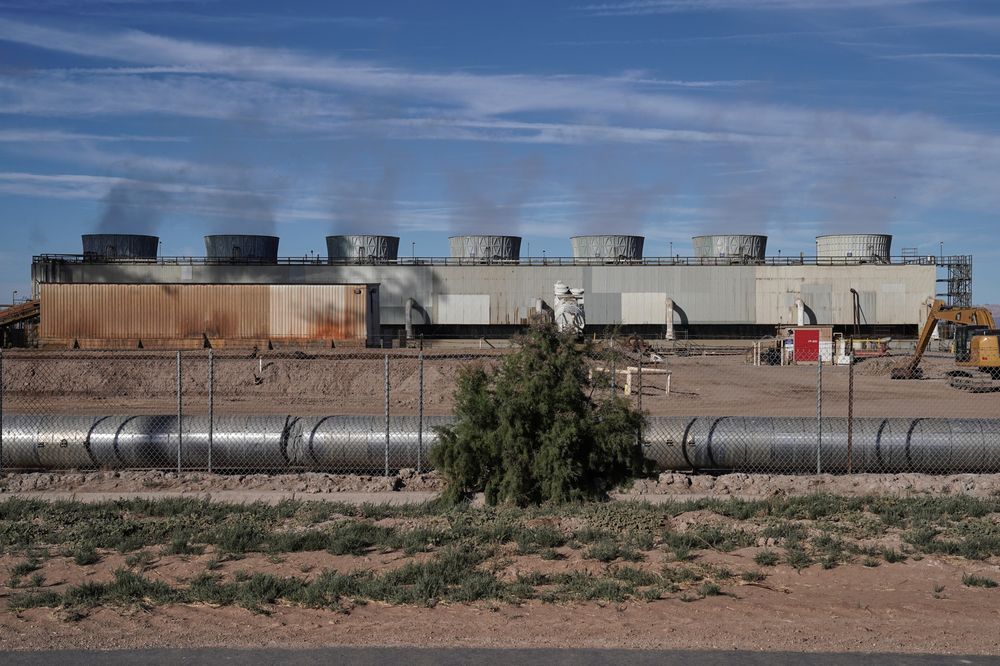 guides developers to geothermal resources. It creates a model of wells that includes data on reservoir volume, rock density, and magnetic fields that help determine potential energy output, and warns about areas to avoid. “It’s a totally under-leveraged resource,” says Wenger, a managing partner with Union Square Ventures, an investor in Zanskar. “It’s right under our feet.” Learn more about Western Governors' work to advance geothermal resources in Colorado Gov. Jared Polis’ geothermal Initiative, the Heat Beneath Our Feet.

Recycling Solar Waste: The International Renewable Energy Agency and the International Energy Agency Photovoltaic Power System Program predict that the U.S. will produce 10 million tons of solar panel waste by 2050. The startup We Recycle Solar out of Yuma, Arizona, is partnering with Arizona State University to develop a more affordable way to recycle and reuse materials in solar panels. Because spent equipment frequently ends up in landfills and poses environmental risks if not managed properly, scientists at ASU are developing a method to recover all materials.

World Champs: For the first time since 2019, international teams participated in

the Little League World Series, which Hawaii won in a 3-1 victory over  Curacao. The championship title is Hawaii’s fourth, and in the six games that the team played, they outscored opponents 60-5. “I was very emotional …It was the best time I had in my life,” Kama Angell, a player for Hawaii, said.