The Western Governors' Association keeps you updated on the latest news in the West. Here are the top stories for the week starting Jan. 3, 2021. (Photos courtesy Kacper Szczechla and AP)

Powerful winter storms buried much of the West over the holidays driving the snowpack from the Rockies to the Sierra Nevada’s above historical averages, a welcome sign for the region’s water supply. With more precipitation forecasted, many areas could begin to see some relief from the historic drought that disrupted the region last summer.

In California, the snowpack at areas like Sierra-at-Tahoe hit a historical high of 160% of average. Parts of The Golden State got so much snow, street signs and entire buildings in the Donner Lake Neighborhood were buried. Though drought conditions persist throughout the state, the storm system produced enough water for The Hyatt powerplant at Lake Oroville to resume operations for the first time since Aug. 2021, when it was shut down due to water levels dropping to the lowest point since the dam’s construction in 1967.

Similarly, in Idaho, the storm increased the snowpack in Idaho’s Boise River basin to 121% of normal, providing irrigators with the hope that the state’s reservoir systems will refill during the spring runoff. “We drained the reservoirs down lower than we typically drain them because it was so hot and dry last summer,” Tony Olenichak, the program manager for Idaho’s largest water district, said. “We need to have an average to above-average snowpack to have any chance of refilling the reservoirs.” The storm also helped improve drought conditions in North Dakota, reducing the amount of the state experiencing drought from 64% to 54%.

Even though December produced an especially large amount of precipitation, bringing five times the amount of water to Utah as November did, “our reservoirs are sitting at about 45 to 50% capacity,” said Glen Merrill a meteorologist with the National Weather Service. “We have a long way to go to recharge our water system… It’s not like one year is totally going to fix this thing. Even if we have a banner year this year, we’ll need another banner year next year.”

Though the storm did not elilminate the historical drought coundiations that gripped the region last year, the massive storm provided skiers and snowboarders around the West with some memorable powder days. Snoqualmie Pass in Washington recorded the highest snow totals in 20 years. In Oregon, the statewide snowpack increased to 126% of normal with ski resorts like Timberline Lodge on Mount Hood receiving more than 95 inches of snow. Colorado’s Aspen Highlands and Snowmass ski resorts experienced triple-digit snow totals with Aspen Skiing Co. saying one of the recent storms was the largest in 43 years.

SOLAR TECH: The Air Force Research Lab is partnering with Northrop Grumman in California to develop technology that harnesses space radiation and converts it into a radiofrequency that can "beam" the power back to Earth through wireless technology. Though the concept of space-based solar power has been around since the 1950s, the successful test of a prototype sets the foundation for a practically endless supply of solar energy, at any time of day or night, by simply setting up an antenna.

THE WEST IS THE BEST: The West nearly swept Zillow’s Most Popular Places of 2021. Tempe, Arizona was named the most popular college town. But western towns were also named the most popular beach town, the most popular small town, most popular vacation town and the most popular town overall. After analyzing thousands of ZIP codes within the nation’s 100 largest metropolitan areas, Zillow ranked the towns based on Zillow page-view traffic, available housing inventory, price appreciation and other housing barometers that indicate consumer demand. 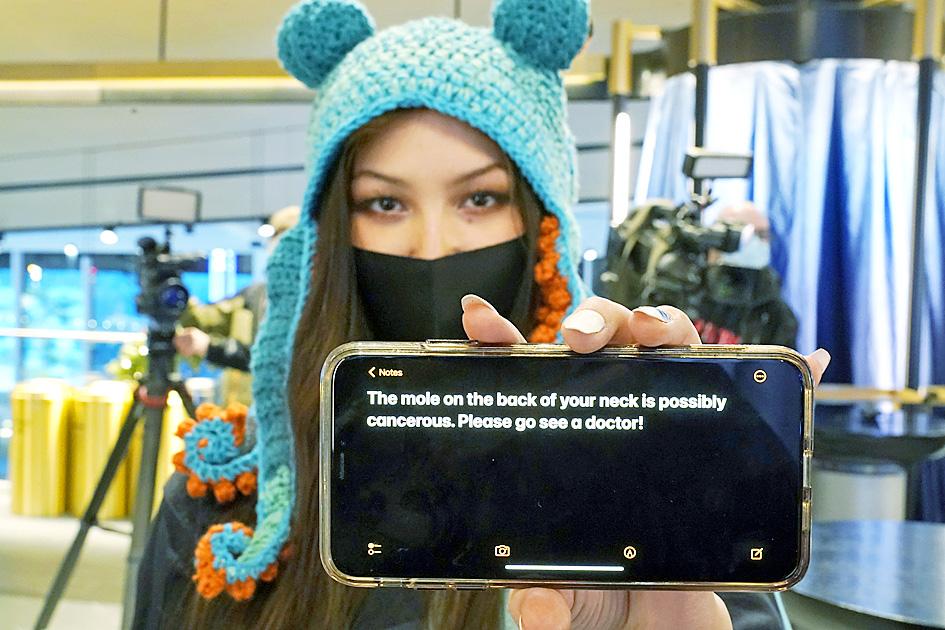 LIFE-SAVING HOCKEY FAN: During a Seattle Kraken NHL game, Washington resident and former hospital volunteer, Nadia Popovici, noticed a suspicious-looking mole on the neck of Brian "Red" Hamilton, an equipment manager for the opposing Vancouver Canucks. Wanting to warn him, but wary of making him uncomfortable, she typed a note in large font on her phone and pressed it against the glass: "The mole on the back of your neck is possibly cancerous. Please go see a doctor!" Turns out, she was correct. After getting it checked out, a biopsy revealed malignant melanoma in situ 2, meaning the cancer was only on the outer layer of the skin and was detected before it could become even more dangerous. He now credits Popovici with saving his life. As a show of appreciation, the Seattle Kraken organization awarded her a $10,000 scholarship to attend medical school.