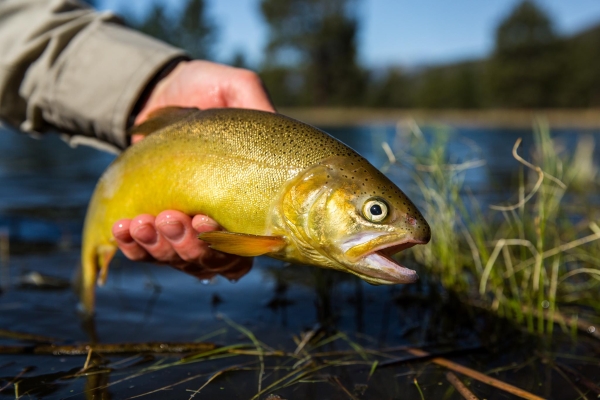 The Western Governors' Association keeps you updated on the latest news in the West. Here are the top stories for the week starting September 26, 2022. (Photos courtesy of Craig Springer/USFWS, Ellen M. Banner/The Seattle Times, and CBS)

For years, western states have taken proactive steps to bolster trout populations in an effort to improve riparian ecosystems, promote tourism, and enhance the quality of life throughout the region. In recent weeks those efforts have bore fruit, spurring other states to double down on restoration efforts.

Colorado’s state fish, the green cutthroat trout, was considered extinct in 1937. Ten years ago, biologists discovered a naturally reproducing population in a short stretch of Bear Creek near Colorado Springs. The Colorado Department of Parks and Wildlife began restoration efforts after the sighting and electroshocked the water to extract reproductive materials from fish before releasing them back into the water. Afterwards, the material was taken to state and federal hatcheries to produce genetically diverse trout for breeding.

The White Mountain Apache Tribe and wildlife biologists in Arizona also successfully saved a trout species from the brink of extinction. Efforts to reintroduce the Apache trout, which is sacred to the tribe, were aided by two U.S. Fish and Wildlife Service (USFWS) fisheries that spawned and stocked trout in local waterways. Like Colorado, electrofishing helped collect reproductive materials.

New Mexico is hoping to see similar results with Gila trout by 2032. Biologists feared the species was on the brink of extinction 50 years ago. Restoration efforts since have increased trout populations, but more work is necessary for a full recovery. The USFWS plans to help by focusing on genetic diversity, which will cost $15 million.

While many states have had success with breeding programs, others are focused on restoring fish habitats in hope of increasing populations. In Montana, the USFWS is helping restore 1.2 miles of lower Beaver Creek by adding large pieces of wood to the creek and vegetation to the bank. The result will create a spawning tributary for rainbow and brown trout. Washington began construction on a $200 million fish migration and water storage project at Cle Elum Lake to allow sockeye salmon to pass through a multi-level intake and helix design that adapts to fluctuating water levels. The Yurok Tribe Construction Corporation in California is restoring balance to the ecosystem on ancestral land by redirecting a creek away from a highway to help recreate the area's natural condition. prototype of an all-electric commuter plane capable of flying a few hundred miles. The inaugural flight lasted eight minutes and climbed to 3,500 feet. It's powered by 21,500 battery cells similar to those in Teslas, which make up half of the weight of the aircraft’s composite airframe. MagniX, another company out of Washington, contributed to the work by building an electric motor for the aircraft. “What we’ve just done is made aviation history,” Greg Davis, CEO of Eviation said. “This is about changing the way that we fly. It’s about connecting communities in a sustainable way.”

Breakthrough Medical Discovery: A Stanford University scientist won the 2023 Breakthrough in Life Sciences award for discovering the cause of Narcolepsy. Emmanuel Mignot, who began researching the disorder in the 1980s, confirmed that individuals with the disorder don’t produce orexin — a chemical compound that regulates wakefulness. The discovery spurred the development of new drugs to treat narcolepsy, which is estimated to affect around 1 percent of the global population. While none have been approved so far, many are in various stages of clinical trials. “If everything goes smoothly, then within maybe three or four years, there will be a clinically available drug treatment,” Masashi Yanagisawa at the University of Tsukuba in Japan, said.

Improving Tribal Water Infrastructure: The U.S. Bureau of Reclamation allocated $73 million to bring water to the northwest part of New Mexico. One-third of residents near the San Juan River Basin still haul clean water to their homes. The work on the Navajo-Gallup Water Supply project will benefit the tribal members and residents in Gallup with 280 miles of new pipelines, pumping stations, storage tanks, and two treatment plants. 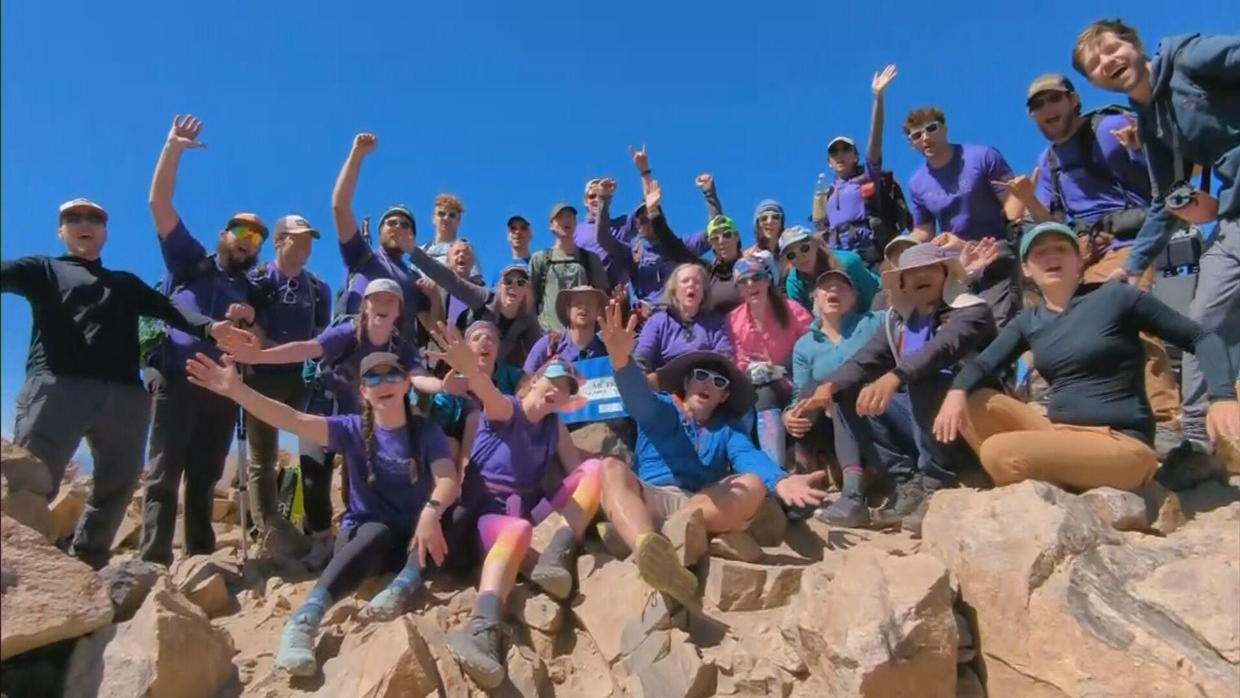 the summit of Mt. Elbert — the highest mountain peak in the state. More than 30 volunteers with the Lockwood Foundation took turns helping Bre Davis up the mountain where she could see for hundreds of miles. "I just burst into tears … It was just so beautiful," Davis said. "More than 30 people were willing to do that for me, just for me."