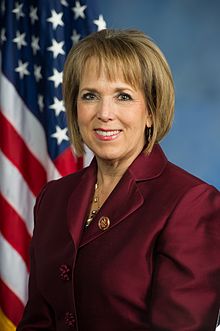 Early Years: The 12th-generation New Mexican was born in Los Alamos in 1959.

Career: Prior to serving three terms in Congress, Gov. Lujan Grisham served as a cabinet secretary for three different New Mexico governors. She also started her own small business and was elected as a Bernalillo County Commissioner. On Nov. 6, 2018, she became the first Democratic Latina elected state chief executive in the history of the United States.

Did you know? In the 11th and 12th centuries A.D., Chaco Canyon was the center of a regional system covering over 40,000 square miles.