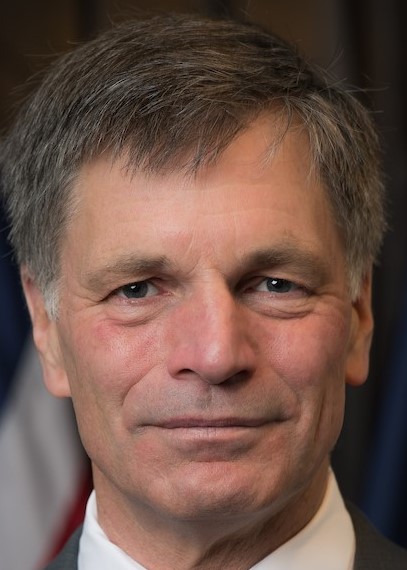 Early Years: The son of Wyoming ranchers, Gov. Gordon was born in 1957.

Education: Earned his bachelor’s from Middlebury College in Vermont.

Career: Gordon was elected the 33rd Governor of Wyoming in 2018. Prior to that, Gordon ran several businesses including two focused on outdoor recreation and tourism. He worked in the oil and gas industry after college. He and his wife Jennie own a cow-calf operation, breeding Angus/Hereford cross cattle. He served as Wyoming State Treasurer from 2012 until 2018.

Did you know? Yellowstone National Park, in the northwest corner of the state, was the first designated national park in the world.