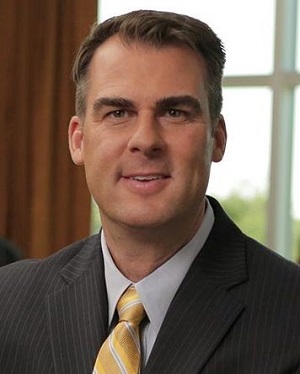 Early Years: The fourth-generation Oklahoman was born in Milton, Florida, in 1972, and grew up in Norman, Okla.

Education: Earned his B.S. in accounting from Oklahoma State University.

Career: Stitt was elected the 28th governor of Oklahoma in 2018. Previously, he founded Gateway Mortgage, which today employs 1,200 people and has 163 field offices in 41 states across the country.

Did you know? The NBA's New Orleans Hornets became the first major league sports franchise to be based in Oklahoma when the team moved to Oklahoma City for two seasons following Hurricane Katrina in 2005.