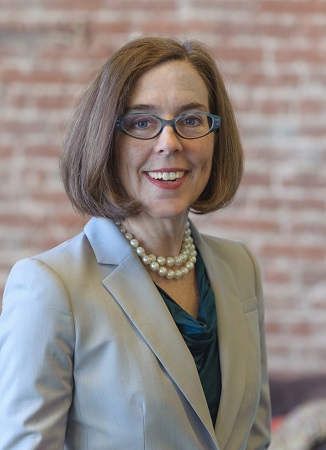 Career: practiced family law; taught at Portland State University; served 17 years in the state legislature: 5 years in the Oregon House of Representatives, 12 years in the Oregon State Senate; in 2004 became the first woman in Oregon history to serve as Senate Majority Leader; Oregon Secretary of State.

Did you know? Oregon's only national park, Crater Lake National Park, is comprised of the caldera surrounding Crater Lake, the deepest lake in the country