The Western Governors' Association has launched the Western Governors’ Center of Excellence for Improving the State-Federal Relationship, an online repository of WGA resources on federalism issues, including case studies, reports, correspondence and other products of the Governors’ research and policy work to improve the state-federal relationship. 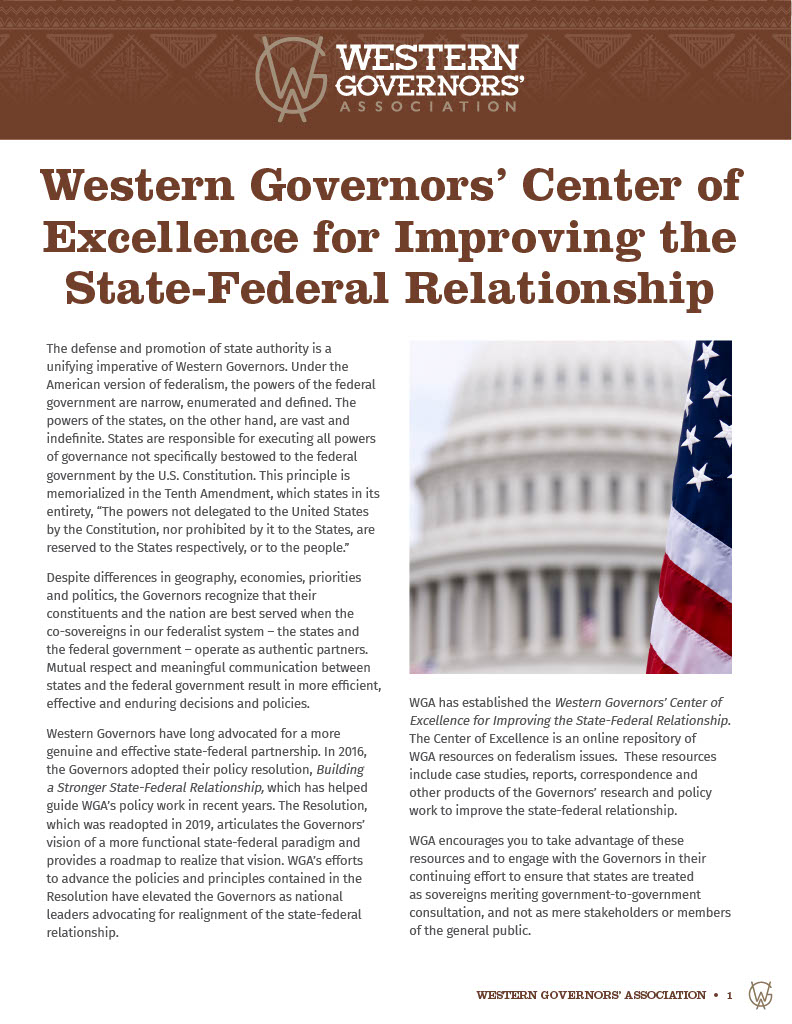 The Center for Excellence was rolled out during the first day of WGA's 2019 Winter Meeting in Las Vegas, Nevada as part of the roundtable, "Discussing the Evolving State-Federal Relationship." The roundtable, moderated by Utah Gov. Gary Herbert, featured a panel of former governors, including Dennis Daugaard of South Dakota, Matt Mead of Wyoming, and Butch Otter of Idaho.

The Governors also announced an update to their resolution, Strengthening the State-Federal Relationship, which states that where authority has been delegated by the federal government to the states, states should be granted the maximum administrative discretion possible and should be treated as partners and co-regulators. Read, download the resolution here.

Visit the Center of Excellence.