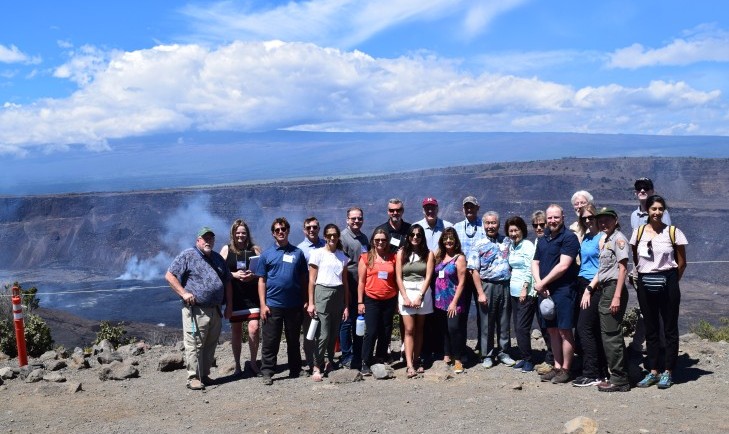 As part of Colorado Gov. Jared Polis’ WGA Chair Initiative, The Heat Beneath Our Feet, the Western Governors’ Association will be conducting tours of geothermal facilities throughout the region to explore the various market and policy factors that affect the development and deployment of geothermal technologies, and evaluate strategies to scale those technologies across the West. 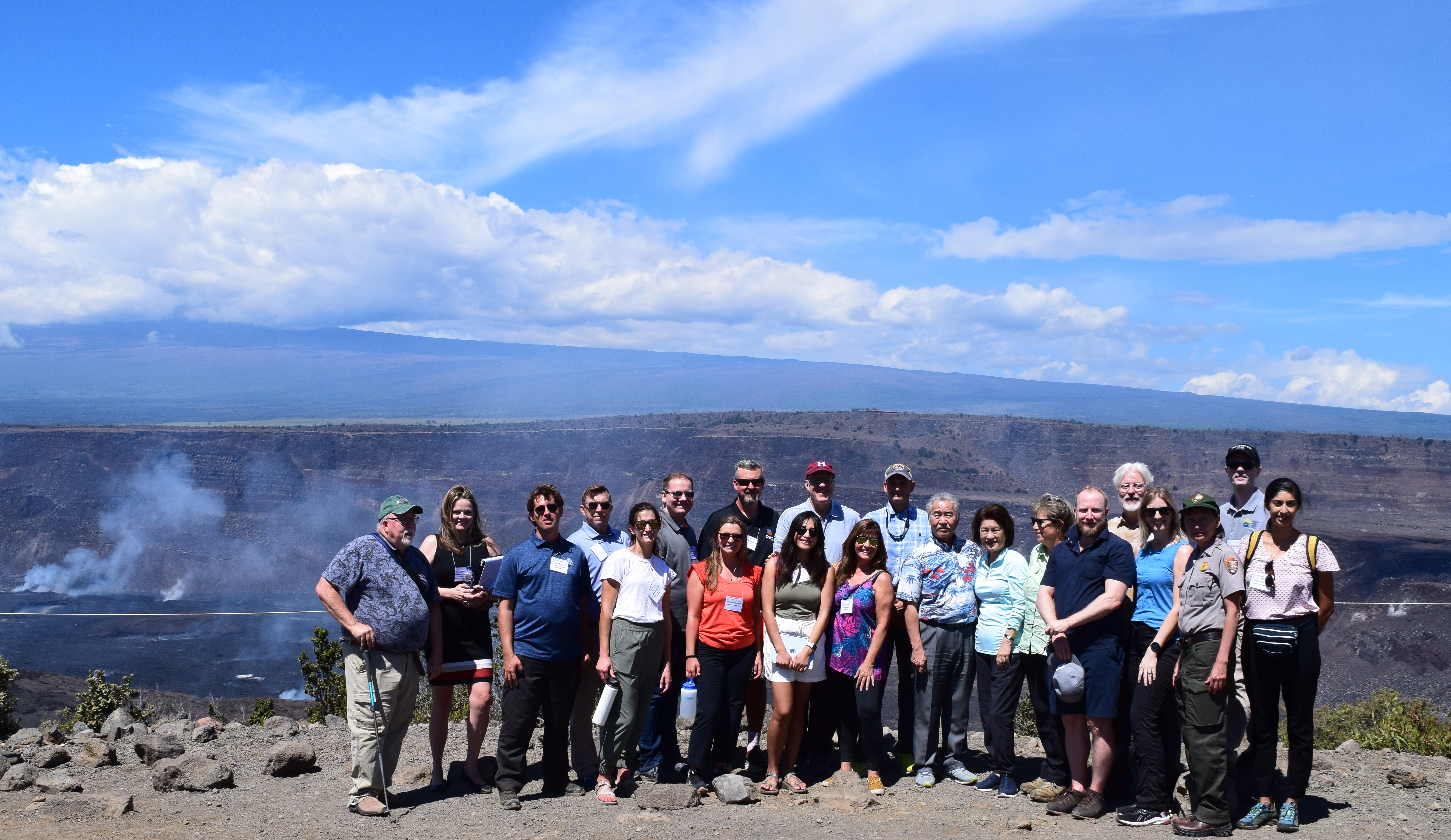 "Geothermal energy can be a bipartisan solution to our energy challenges across the West and I am proud that Hawaiʻi can be an example to the nation and the world for renewable energy," Gov. Ige said.

On October 21st, WGA hosted a webinar featuring Scott Glenn, the Chief Energy Officer for the Hawaii State Energy Office; Nicole Lautze, a professor and principal investigator with the Hawaii Groundwater and Geothermal Resources Center at the University of Hawaii; and Paul Thomsen, the Vice President of Business Development at Ormat Technologies, Inc.

During the webinar, they discussed the potential for geothermally generated electricity to stabilize the grid when the sun isn’t shining or the wind isn’t blowing, as well as to sustainably power emission-reducing technology like carbon capture plants, green hydrogen production, and electric vehicles.

Doing so, Glenn said, Hawaii hopes to be net-negative carbon emitters (removing more carbon dioxide from the atmosphere than is emitted by the entire state), by 2045.

"[Geothermal energy] can drive our negative emission goals by helping to power direct air capture or some of these other really innovative, cutting-edge technologies that are very expensive right now,” Glenn said. “The low, low price that geothermal can offer, makes them much more viable and puts them on the table.”

On top of all the benefits that come with being a net-negative carbon emitter, Thomsen added that doing so could cut the state’s energy costs by as much as 350%. 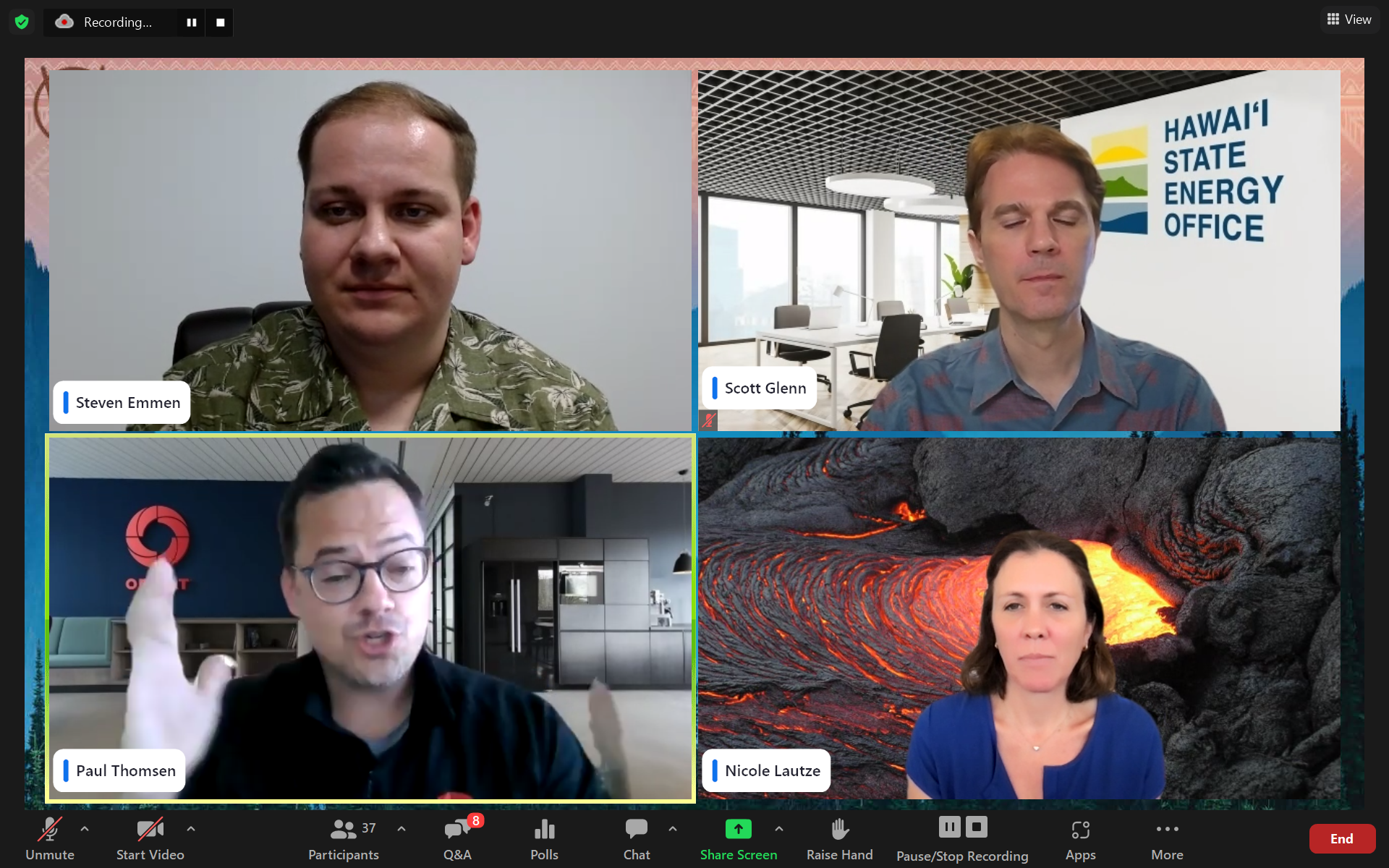 To increase geothermal energy use, Nicole Lautze, spoke about her work mapping geothermal wells in Hawaii and what is needed to fully understand its potential.

“If we want to understand what the geothermal resource in this state looks like,” she said.  “We need to drill more of these slim holes (smaller wells around 1,500 feet deep with a diameter less than six inches that are drilled to test the power of a geothermal resource).

However, even if one knows there is a geothermal spring in a certain area, the high cost of drilling a well and the difficulty in securing a permit often deter development.

While the Biden Administration has already acknowledged the need to streamline the permitting process, Thomsen offered another idea: make the number of approved geothermal permits part of the permitting agency’s key performance indicators.

“BLM for 50 years said, ‘oil and gas, oil and gas,’ it was a priority and they made people focus on how many oil and gas wells were being drilled,” he said. “We need to do the same for geothermal. We don’t need to tell those agencies whether to approve or not, but to make the decision. To say look, this is an area we shouldn’t develop a project, this is an area we should. It would reduce the time we spend permitting projects that may not go anywhere because there’s an endangered species or a tribal concern.”

You can watch the full webinar below and be sure to join us for future episodes of WGA’s Heat Beneath Our Feet webinar series regarding: