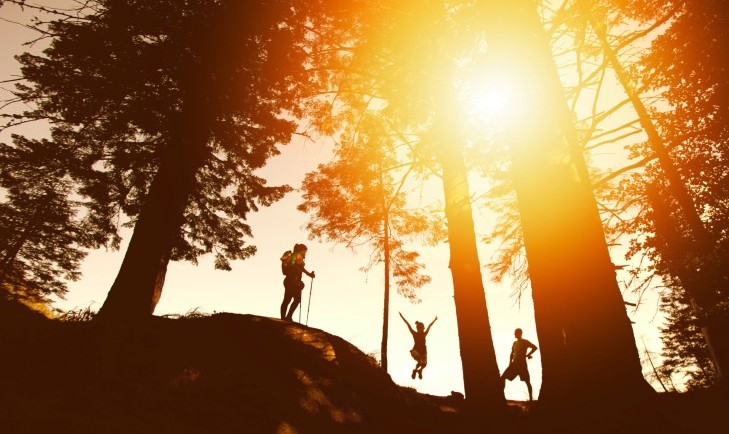 The Western Governors' Association keeps you updated on the latest news in the West. Here are the top stories for the week starting Nov. 7, 2022. (Photos courtesy of chiro, U.S. Bureau of Economic Analysis, NASA/JPL-Caltech, and Peter Moore). 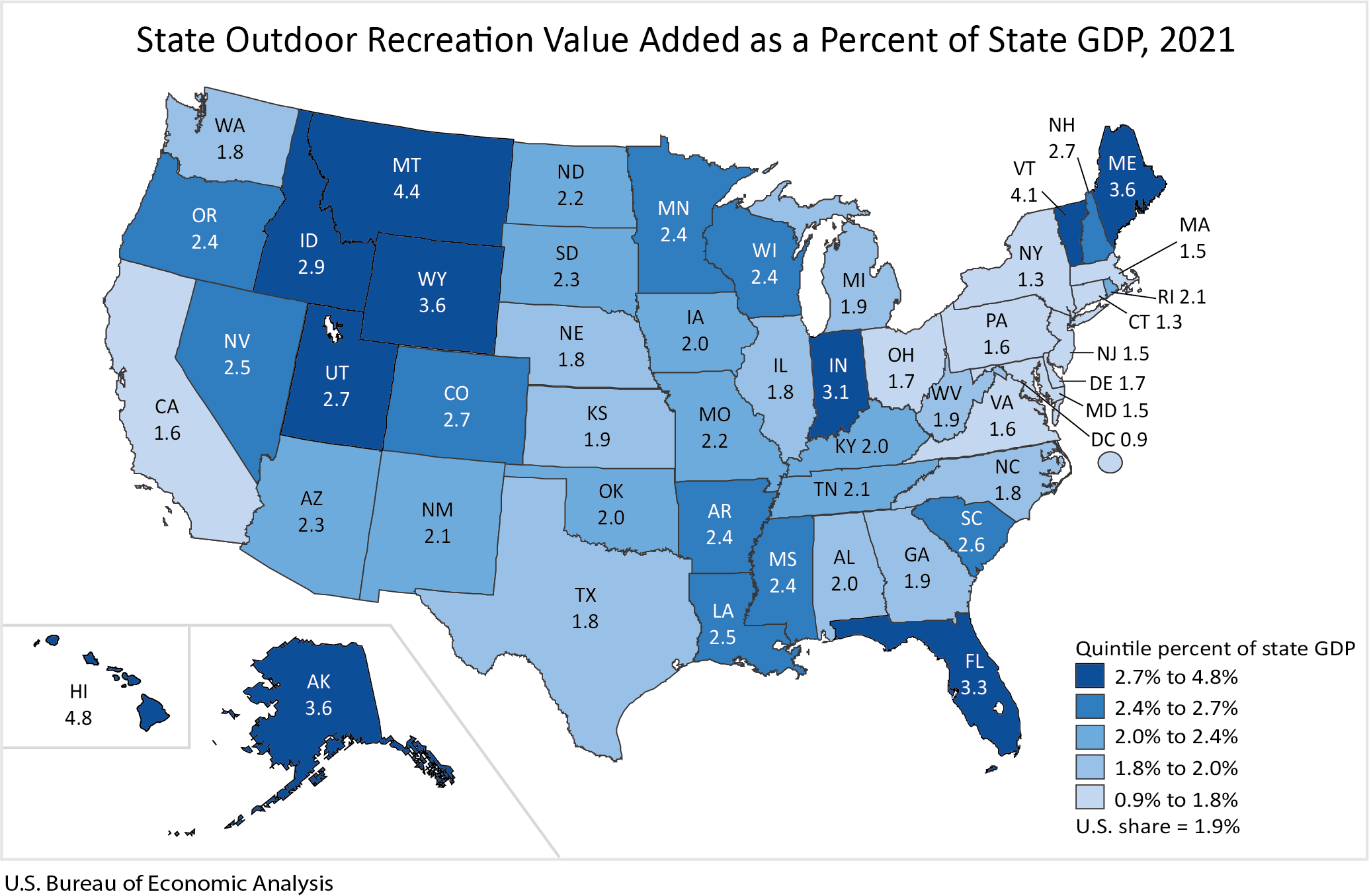 The U.S. Bureau of Economic Analysis released statistics this week measuring the economic impact of outdoor recreation across the country. Overall, it accounted for 1.9% ($454.0 billion) of the nation’s GDP in 2021 – an increase of 18.9%, which nearly amounts to a complete rebound from 2020, when it decreased 21.6%.

Not surprisingly, outdoor recreation played a particularly large role in the economies of western states. Hawaii (4.8%), Montana (4.4%), Wyoming (3.6%), and Alaska (3.6%) had the largest share of their GDP made up by outdoor recreation. However, in every other western state, it accounted for at least 1.8% of their GDP, except for California (soon to be the 4th largest economy in the world), in which it accounted for 1.6% of their GDP.

As demand for outdoor recreation continues to grow, many states have announced significant investments in outdoor recreation to increase access and leverage revenue streams, while also protecting the natural beauty and wildlife habitats that drive interest.

Wyoming is looking to bolster its already thriving outdoor recreation industry (in 2021 it accounted for $1.3 billion) by creating an outdoor recreation trust fund. If approved, it would provide the Wyoming Office of Outdoor Recreation with a consistent finding mechanism to award grants for planning, design, improvement, and maintenance of existing or potential outdoor rec infrastructure, as well as the purchase of public access easements and outdoor recreation-related education or public outreach.

North Dakota established a similar fund in 2013, for which the state's Industrial Commission recently approved a total of nearly $3 million in grants for eight conservation and recreation projects across the state.

By combining federal funds with those in the state’s Habitat Montana Fund, the Treasure State recently purchased nearly 5,700 acres at the base of the Big Snowy Mountains, which will provide improved access to nearly 100,000 acres of public land for hunting, fishing, and other recreational opportunities.

Also using federal funds, The U.S. Forest Service is considering options to expand the Mendenhall Glacier recreation area in Alaska based on a 30-year future timeline that anticipates 2% annual visitor growth. Among the elements of the new proposals are a new welcome center, an outdoor plaza with an amphitheater, new facilities at Mendenhall Campground, extensive expansion and upgrades of trails, and moving parking lot expansions to areas further from the glacier that would be serviced with electric road shuttles.

The expansion of outdoor recreation, however, isn't all big land pruchases and major capital projects. The Nevada Department of Conservation and Natural Resources announced the release of Nevada Trail Finder, a free, web-based mapping resource designed to help Nevadans and visitors discover thousands of miles of trails across Nevada’s abundant public lands and waterways.

The University of Denver announced a strategic partnership with The VF Foundation to create a first-of-its-kind Leadership in Outdoor Recreation Industry program that will combine coursework from three academic units at DU—the Daniels College of Business, Sturm College of Law and Josef Korbel School of International Studies – to increase the diversity of the talent pipeline for the outdoor industry.

With so much going on in the world of Outdoor Recreation, the record surge in 2021 is pushing industry advocates to call for even more federal support of recreation – even a national office and an undersecretary of recreation in the Department of Commerce.

Groundwater Surveys: As reports of groundwater “disappearing” become more prevalent, the need for better data has become a critical issue. With this in mind, The California Department of Water Resources announced it will be conducting several surveys of groundwater basins along the state’s coastline using an innovative, helicopter-based technology. The effort will create a map of coastal groundwater aquifers, many of which have become critically over-drafted, which can lead to a variety of water issues including the intrusion of seawater into freshwater wells.

Electric Vehicle Batteries: This week Panasonic broke ground on a $4 billion electronic vehicle battery plant in DeSoto, Kansas, which is estimated to bring 4,000 permanent jobs to the state. According to Kansas Department of Commerce officials, it is the biggest economic development project in state history. "There is absolutely no doubt this project will be transformative for De Soto, the region, and the entire state of Kansas," Gov. Laura Kelly said.

Wildfire evacuations: Dapeng Li, an assistant professor at South Dakota State University developed a new wildfire evacuation model for the West’s wildland-urban interface. The data-driven technology enhances safety for resort towns that have significant swings in population due to second homes. "The results have shown that our proposed model better reflects real evacuations when compared with previous models that do not consider the occupancy rate of second homes in resort areas," Li explained.

Agritourism: As many farmers look for a way to generate additional revenue, the agritourism sector — everything from corn mazes to pick-your-own pumpkin patches and apple orchards — has grown to a nearly $1 billion industry. Kendra Meyer, an agritourism specialist for Iowa State University’s Extension Office, said it also offers farmers the opportunity to share their stories and how they produce their crops with visitors. 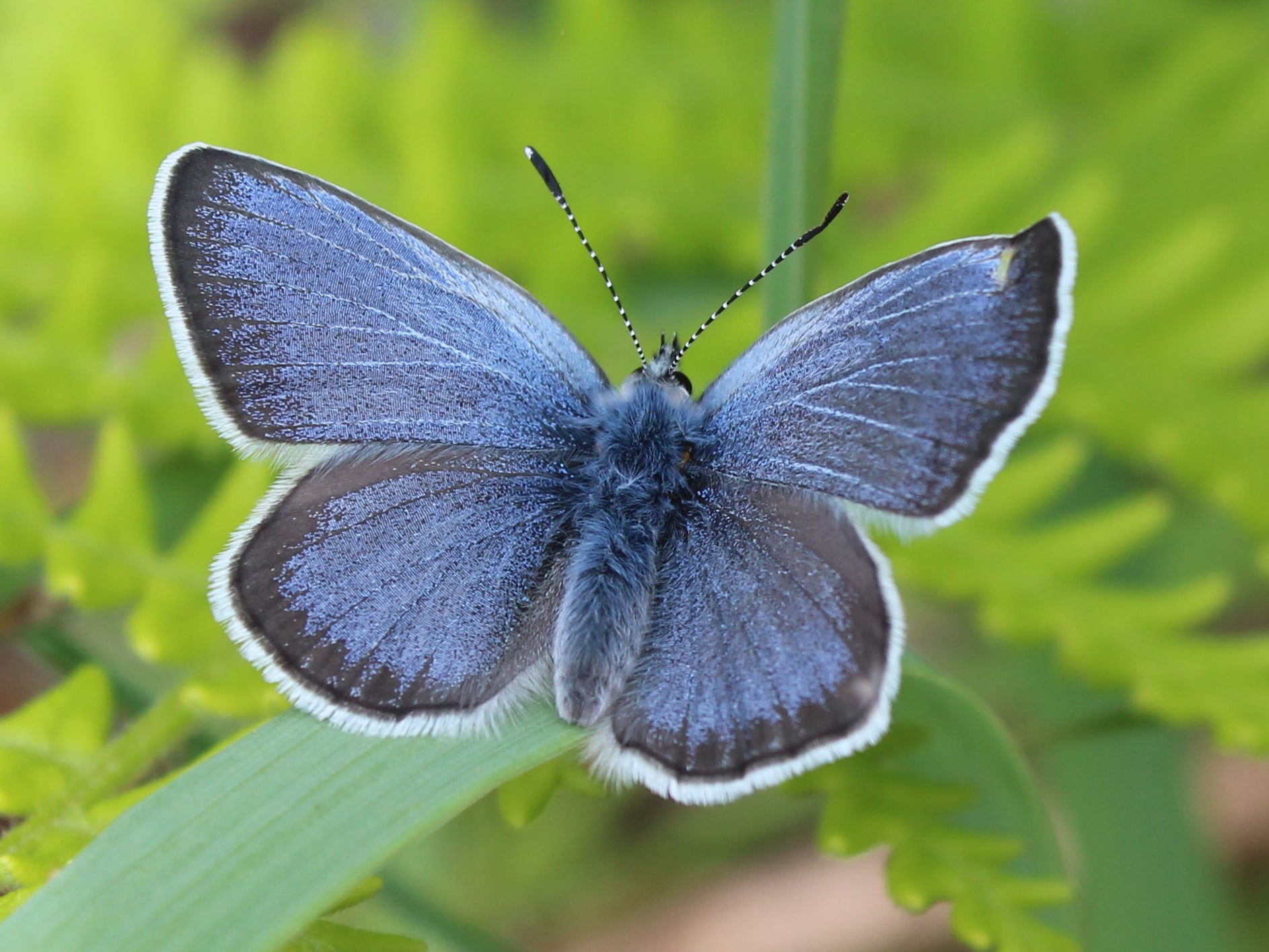 The return of Fender Blue Butterflies: Fender’s blue butterflies were first collected in 1929. Shortly thereafter, it vanished, and, for 50 years it was presumed extinct. When it was rediscovered, it was quickly added to the Endangered Species List with fewer than 3,400 Fender Blue butterflies in Oregon’s Willamette Valley. Decades of conservation work, however, have helped the population quadruple in size, and the species is now slated to be downlisted from endangered to threatened. If it is, it will be only the second insect to have recovered in the history of the Endangered Species Act.