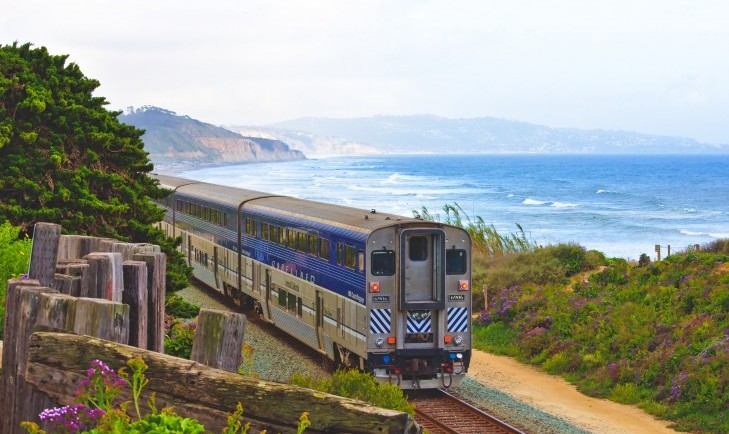 The Western Governors' Association keeps you updated on the latest news in the West. Here are the top stories for the week starting August 15, 2022. (Photos courtesy of Hari Panicker/Unsplash, Rachel Gibbons/Arizona Daily Sun, and Elias Jade NotAfraid)

As the U.S. looks to expand alternative forms of transportation, passenger rail is making a comeback. Currently, 30% of Americans don’t drive for reasons including a disability, age, legal restrictions, or income.

After the bipartisan $1.2 trillion Infrastructure Investment and Jobs Act (IIJA) passed Congress, $66 billion was set aside for passenger rail projects — the largest federal investment since the creation of Amtrak. Expanding surface transportation like passenger rail would support public health, safety, equity, as well as reduce emissions, and is an issue that Western Governors are working to improve.

For the first time in a decade, Utah County opened a passenger rail station. The FrontRunner facility is in Vineyard, the state’s fastest-growing town that's seen its population grow by 9,000% since 2010.

In Colorado Springs, Colorado, passenger rail hasn’t operated since the 1960s, but two projects are in the works to revive it, including a line from Colorado Springs to Pueblo, and the existing Amtrak Southwest Chief station at La Junta. The other line would run between Fort Collins and Pueblo.

After discontinuing passenger rail 40 years ago in southern Montana, there’s also a movement to create a new Big Sky Passenger Rail. Cars are the only viable form of interstate travel in the state, which isn't equitable for all residents. For similar reasons, proponents of passenger rail in the Pacific Northwest are seeking support for a network connecting Oregon, Utah, and Idaho. All Aboard Northwest, an organization that advocates for passenger rail, recently spoke with leaders in Rock Springs, Wyoming, about investing in trains with the influx of IIJA funding. Colleges across the state are interested in the plan, and it would use existing tracks instead of building new ones.

The West is also expanding transportation infrastructure to include high-speed rail, and the California High-Speed Rail Authority received $25 million from the U.S. Department of Transportation (USDOT). Upon completion, the line will run from San Fransisco to Los Angeles at 200 MPH — making it less than a three-hour trip. Another long-awaited high-speed line between Las Vegas, Nevada, and Los Angeles could begin by the end of the year. The long-term plan for the area surrounding the station includes a $3 billion resort and potential Major League Soccer stadium — positioning it as a future regional hub.

In addition to expanding train infrastructure across the West, the federal government is funding safety improvements. For example, the Federal Transit Administration and Operation Lifesaver, Inc. collaborated to release new materials regarding safety for transit riders and communities with existing or planned rail transit systems. The USDOT is also investing $22 million in Spokane, Washington, to build an underpass to prevent freight trains from blocking traffic. It's part of the regional Bridging the Valley project that aims to eliminate train crossings and improve safety conditions between Spokane and Athol, Idaho. Read about what USDOT Sec. Pete Buttigieg said about transportation innovation in the West at WGA's 2022 Annual Meeting.

Alternative Power Generation: For the first time, Sandia National Laboratories in New Mexico produced electricity from a power-generating system that uses carbon dioxide instead of steam. The technology uses the closed-loop Brayton cycle, a method created in the 19th century, that retains carbon dioxide without releasing it as a greenhouse gas. It could be more efficient at turning nuclear, natural gas, and solar from power plants into energy than the traditional steam-based Rankine cycle. During the Rankine cycle, at the most, a third of the power in the steam is usable compared to Brayton’s possible 50%. “We’ve been striving to get here for a number of years, and to be able to demonstrate that we can connect our system through a commercial device to the grid is the first bridge to more efficient electricity generation,” said Rodney Keith, manager for the advanced concepts group working on the Brayton cycle technology.

Biking 2,700 Miles without Sight: An Arizona woman who went blind after suffering a traumatic brain injury 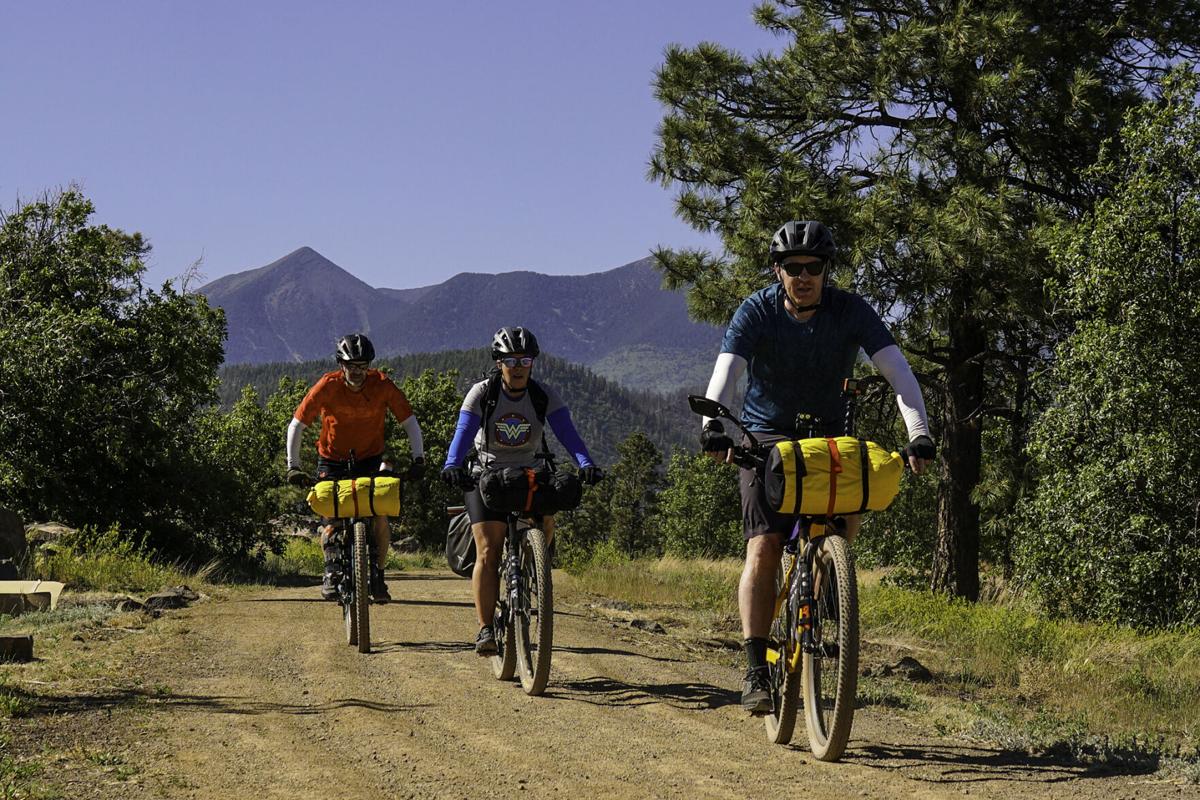 was recently one of 200 cyclists to ride 2,700 miles in 51 days. Before training for the race, she’d never ridden a mountain bike. The bikepacking trip spanned from Banff, Canada, to Antelope Wells, New Mexico — known as the Great Divide Mountain Bike Route. Two guides spoke to her through microphones in bicycle helmets, and the team rode through the Flathead Valley, the Grand Teton National Park, the Great Divide Basin, and the Gila Wilderness.

Rural EV Showcase: Electric vehicle (EV) enthusiasts in Alaska plan to embark on a 1,000-mile round trip journey up the Dalton Highway to showcase EVs viability in rural and remote areas, including the farthest-north point in North America that's accessible by road. There will be four temporary charging stations along the route, and the infrastructure will remain in place after the event, enabling the option to add permanent EV charging stations. The charging network will be the state’s most advanced highway, and participants hope to raise awareness about increasing EV charging infrastructure and the cost-saving benefits of electric vehicles. Learn about Western Governors' efforts to expand EV charging infrastructure in rural areas in Oregon Gov. Kate Brown's Electric Vehicles Roadmap Initiative.

From a Montana Tribal Reservation to the Metropolitan Museum of Art: 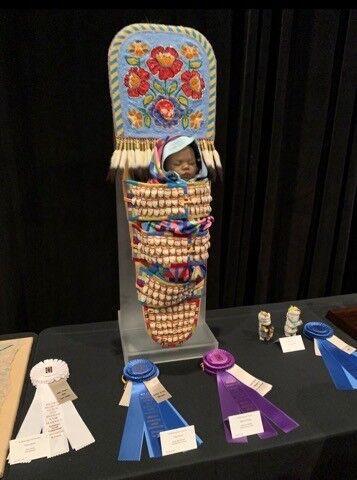 After Elias Jade NotAfraid, a Crow tribal artist from Montana, won first place at the Heard Museum for his beadwork on a cradleboard, the internationally acclaimed New York Metropolitan Museum of Art offered to purchase the piece. NotAfraid began collecting materials for the “Life After Death” project in 2018, which took two years to gather. The piece includes ivory elk teeth and vintage glass beads — some dating back to the 1800s — 85 ermine tails from white weasels, and smoked deer and elk hide. In Indigenous culture, cradleboards help swaddle and protect newborns. The artwork also generated interest from the Art Institute of Chicago and The Smithsonian. “For me, it just shows anybody can come from a really dark place and do something great,” NotAfraid said, adding that he struggled with opioid addiction for years. “I used beading as a tool to cope.”