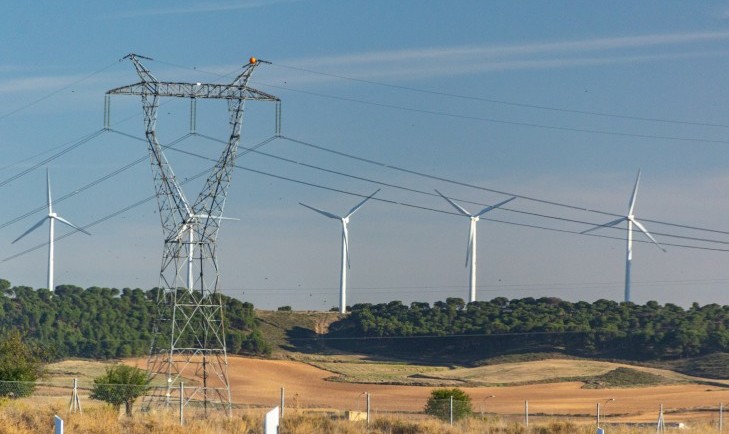 The Western Governors' Association keeps you updated on the latest news in the West. Here are the top stories for the week starting June 13, 2022. (Photos courtesy of David Vives and Sceye Inc.)

Western Governors have routinely advocated for new or updated transmission lines to accelerate the diversification of the country's energy protfolio. According to the Energy Systems Integration Group, 80,000 megawatts of new wind farms could be built on open lands in Montana, Wyoming and the Dakotas, but today, there’s only enough existing high-voltage transmission to export one-tenth of that amount. Several western states, however, have recently announced major transmission projects to help close that gap, increase the relablity of the power grid and reduce wildfire risk.

At the Alaska Sustainable Energy Conference, the Alaska Energy Authority and five Railbelt utilities announced a $200 million investment to upgrade existing transmission lines. Not only will the upgrades reduce outages occurring in remote areas like Cooper’s Landing, but also increase the state's capacity to transport the growing amount of renewable energy being generated from projects like the 60,000-panel solar farm in Sterling. “Today, we cannot transport that power to Anchorage or Mat-Su or Fairbanks because the transmission capacity isn’t there,” Curtis Thayer, the executive director of the Alaska Energy Authority, said. “So we have to update our transmission lines, and this is the first step to doing it.”

In the lower 48, The Biden administration gave final approval for a 416-mile electric transmission line from Southwest Wyoming through Colorado to central Utah that help connect more wind and solar energy to the Western U.S. grid. The project is part of PacifiCorp's larger plan to add 2,000 miles of new transmission in Washington, Idaho, Oregon, Wyoming, Colorado and Utah to improve reliability and allow access to low-cost renewable energy resources. "Approving large-scale transmission projects like this are key to bringing renewable energy online," Bureau of Land Management Director Tracy Stone-Manning said in a statement.

The Colorado Public Utilities Commission also permitted Xcel Energy to spend at least $2 billion to build up to 650 miles of new high-voltage power lines in southern and eastern Colorado to serve windmills and solar farms. Xcel says the project will provide a “backbone network transmission system in eastern Colorado” that would significantly improve the reliability of the state’s transmission system, as well as provide transmission capacity for 3,000 to 3,500 MW of new electric generation.

In hopes of spurring similar projects, the federal government plans to launch the Transmission Facilitation Program – a revolving fund program that will provide Federal support to overcome the financial hurdles to large-scale new transmission lines and upgrade existing transmission as well as the connection of microgrids in select States and U.S. territories.

While the main focus of updating transmission lines is to increase the utilities’ carrying capacity along with the grid’s reliability, several western states have also launched projects to update their transmissions lines so to reduce the risk of sparking a wildfire. In California, Pacific Gas and Electric recently began a project to bury 10,000 miles of its distribution lines (at $3.75 million a mile). “It is a one-time investment to eliminate essentially all ignition risk related to power lines, with the added benefit of reducing reliability issues,” said Jamie Martin, who oversees PG&E’s undergrounding initiative. “It’s permanent risk reduction.” In Idaho, a specialized helicopter team is working with Idaho Power to replace and improve old power lines in remote areas with very little environmental impact.

Critical Minerals: USA Rare Earth announced plans to build a $100 million factory in Oklahoma that will use rare earth elements mined in Texas to manufacture metals, magnets and other specialty materials that are used in a wide array of consumer and military devices, including EVs, smartphones and medical devices. With the United States importing 100% of its usable rare earth compounds and metals in 2020, 80% of which came from China, “Now, the United States can stop relying on China for these resources and start counting on Oklahoma,” Oklahoma Governor Kevin Stitt, said. The announcement falls in line with Western Governors’ advocacy for a National Minerals Policy that "enables mineral exploration and development in a manner that balances the nation’s industrial and security needs with adequate protection of natural resources and the environment.”

Beavers to the Rescue: A partnership between governmental agencies and university researchers has modern-day trappers searching Utah for beavers. But they aren’t after pelts, instead, they’re using the large rodent to lessen the effects of drought. Using human-made beaver dam analogs on the Price River, the program hopes the transplanted beavers will “will dam up some water and let it trickle year-round,” said Julie Young, a professor at Utah State University working on the project. If successful, the wetlands created by the beavers will not only help to reduce the impacts of drought, but also help fish populations and serve as a break for wildfires. 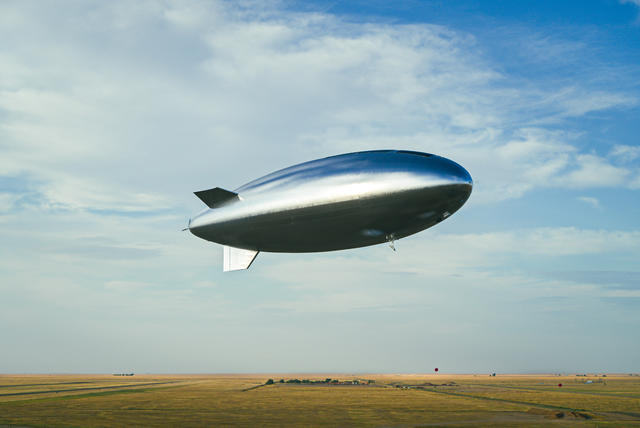 Blimp Beaming Broadband: Sceye Inc. launched a new helium-filled airship into the stratosphere above Roswell, New Mexico, for a maiden, 24-hour flight that could pave the way for statewide broadband connectivity beamed from the sky. Like Sceye, various companies are working around the globe to develop high-altitude platform stations, or HAPS, to beam high-speed internet to underserved rural communities in the U.S. and elsewhere to help overcome the difficulty and expense of building out fiber networks or wireless technology in isolated locations. “Closing that 24-hour loop in this first flight is the hard part,” company founder and CEO Mikkel Vestergaard Frandsen, said. “If we can do it this first night, we can do all other nights, so we’re not worried about longevity. After proving the technology this first time, we can then push out to 30, 60 or 90 days and beyond.”

Best of the West: Improving post-fire restoration; a historic sale of carbon credits; developing an electric vehicle for the Baja-1000; and a western Thomas Crown Affair

LISTEN: New podcast episode explores state efforts to support rural communities as they transition away from a coal-powered economy