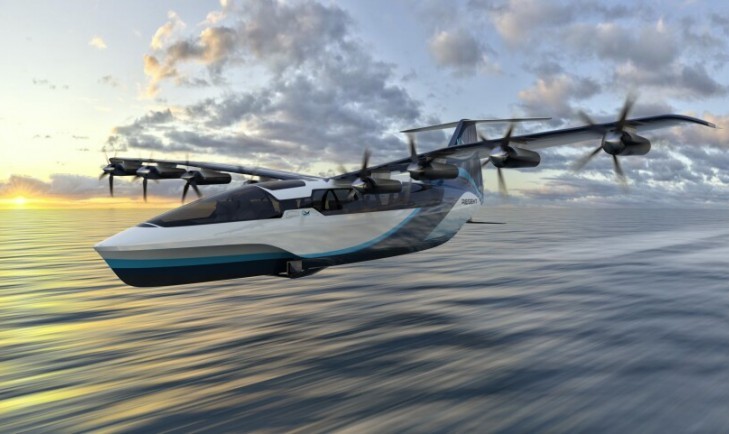 The Western Governors' Association keeps you updated on the latest news in the West. Here are the top stories for the week starting June 20, 2022. (Photos courtesy of Regent and Darin Oswald/Idaho Statesman/TNS)

To incentivize schools to purchase electric buses, the Environmental Protection Agency will allocate $5 billion from the Infrastructure Investment and Jobs Act to replace diesel buses, especially in underserved schools, tribal schools, and rural areas. Colorado plans to implement a similar idea after Gov. Jared Polis signed a bill that earmarked $65 million for school districts. Like the EPA, the state will focus on awarding grants in underserved areas.

Another strategy that states are employing to increase ridership is fare-free rides. In 2020, Tucson, Arizona, implemented fare-free transit to help with COVID-19 relief. The city plans to extend the program through the end of 2022. Gov. Jared Polis signed a $68 million bill dedicated to underwriting fare-free promotions on transit, expanding the Colorado Department of Transportation's interregional bus service, and investing in main street improvements. California Gov. Gavin Newsom proposed that the state allot $750 million for free transit rides as part of an $11 billion tax relief package.

Several cities and states have also begun promoting electric bikes and e-scooters by offering rebates. Building upon an electric bike rebate program in Denver that received more than 3,000 applications within weeks, the Colorado Legislature passed a bill that set aside $12 million for statewide e-bike rebates. Austin, Texas, implemented a similar program, through which individuals who purchase e-bikes are eligible for a $300 or $400 rebate.

For those who can't afford to buy electric transportation, many western states have expanded shared e-bike and scooter programs. The Idaho Valley Regional Transit will launch a pilot shared e-bike program in Boise this summer and is testing an e-scooter pilot program in Caldwell. "Whether going to College of Idaho or downtown Caldwell, residents and visitors will now have a new way to get there," said Ofelia Morales, the city's economic development specialist. "We expect the arrival of the scooters to bring an economic impact to our city, with riders more likely to shop at local businesses."

Other states are electrifying entire mass transit systems. Washington invested $1 billion to build its first electric-hybrid ferries making it the first U.S. ferry system to transition to hybrid electricity. Hawaii is combining air and sea travel to shore up public transportation by assessing the feasibility of an electric sea glider transportation network. Planes would skim along the sea surface and would be able to take off from water. California is exploring using air taxis like drones as a form of transportation. Deloitte research estimates that by 2035, the 'flying car' or advanced mobility market will reach $115 billion in the U.S. annually. Officials in Los Angeles anticipate that the taxis will be operational by the 2028 Summer Olympics.

Building high-speed rail infrastructure is also a priority in the West. Washington state is investing $150 million in highspeed-rail that would run between Seattle, Portland, and Vancouver, British Columbia. The train could travel up to 250 mph and could reduce traffic congestion. Colorado's Gov. Jared Polis signed a bill that allocates $9 million to develop a rail system along Interstate 25 that could eventually extend into Wyoming and New Mexico.

Alternative Agriculture: The Colville Indian Reservation in Washington is investing in agrivoltaics, which increases the efficiency of agricultural production by including solar panels that "can share the same land to make it more profitable." The Colorado-based company Konbit is helping build geodesic domes that can house 1,000 square feet of crop space. The compact space provides room for solar energy outside, which will heat, provide electricity, and run watering equipment for the domes. Additionally, extra food and electricity will assist nearby residences.

Managing Land Conservation: In New Mexico, 54,000 acres of private land will soon be added to the Marquez Wildlife Management Area – its largest wildlife management area in the Land of Enchantment. Conservation groups, the state, and the federal government funded the acquisition. This summer, the New Mexico Department of Game and Fish will create a management plan for public access. "We're really looking forward to having that large intact ecosystem of pretty untouched, unfragmented habitat," said Stewart Liley, New Mexico Department of Game and Fish's wildlife management division chief. "It offers great access for wildlife viewing and hunting." The Acoma, Zuni, Laguna, Hopi, and Navajo tribes also championed the preservation of the land. "The purchase and protection of the L Bar property represents the potential for younger generations of Acoma children who have never seen those lands to now have a chance to get reacquainted with them," said Theresa Pasqual, tribal historic preservation director for Acoma Pueblo.

Sixth Grade STEM Inventors: Two sixth-grade students from Idaho, Kashvi Bansal and Rishi Gajera, were announced as finalists for the 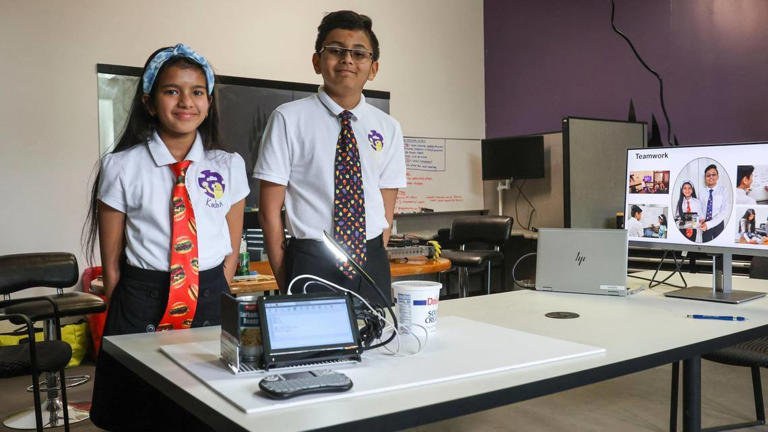 eCYBERMISSION STEM competition sponsored by the U.S. Army. After volunteering at a food bank, the two friends wanted to create a device that sorts food items by nutritional value so volunteers have time to help with other tasks. The 'Cloudy with a Chance of Robotics' team is the first from Idaho to make it to nationals. They are one out of 20 teams competing for first place and won a $5,000 grant to reward the project's community impact.

LISTEN: New podcast episode explores state efforts to support rural communities as they transition away from a coal-powered economy