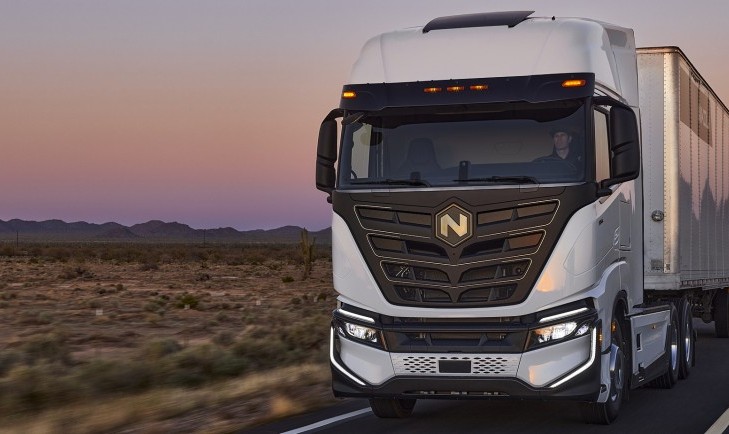 The Western Governors' Association keeps you updated on the latest news in the West. Here are the top stories for the week starting Nov. 28, 2022. (Photos courtesy of Nikola Corporation and ICON 3D Technololgy)

With ambitious goals to reduce carbon emissions, U.S. Secretary of Energy Jennifer Granholm announced plans at COP27 for all commercial delivery vehicles, trucks, and buses to be 100% zero-emission by 2040.

To do so, many western companies have become increasingly focused on electrifying heavy-duty (HD) vehicles.

During WGA’s 2022 Winter Meeting on Dec. 6-7 in Phoenix, Western Governors will discuss the development of HD electric vehicles with experts from Arizona’s Nikola Corporation, the Oregon Department of Transportation, and The Ray, an orginization dedicated to building net-zero highways.

Nikola Corporation recently sold 100 of its Class 8 Tre battery-electric trucks to Zeem Solutions, which aims to simplify the transition to an electric fleet by bundling leasing, servicing, parking, and energy storage for a flat fee and other services as a flat operating expense.

Tesla’s highly anticipated Class 8 Semi, which has an 80,000 lb carrying capacity, also hit a milestone and completed its first 500-mile trip with a loaded trailer. In December, the company plans to deliver vehicles to customers, including Pepsi.

Other businesses like Range Energy in California are taking a different approach to innovate HD transportation. The company received $8 million to electrify trailers that are compatible with diesel and electric trucks.

But it's not just freight that's looking to electrify its heavy-duty vehicles. Scythe Robotics' is building commercial-grade autonomous electric mowers that can run up to 11 hours. Rather than purchasing the equipment, landscapers can rent it and pay for use based on acreage. The model appeals to industry professionals who typically must buy commercial mowers every two to three years.

Mining equipment is even undergoing electrification. Caterpillar Inc. unveiled a prototype of a heavy-duty electric mining tractor that’s fully battery-operated. During tests, the truck reached a top speed of 37 MPH and displayed its stability going downhill. It captured energy in the process, which charged the batteries.

Adapting to Drought: Colorado State University, the Nature Conservancy, American Rivers, and Trout Unlimited are testing strategies to reduce Colorado River water use and help agricultural producers adapt to dwindling water supplies. Researchers are intentionally drying out perennial grass fields near Kremmling, which sits atop an elevation of 7,300 feet, 55 miles away from the headwaters of the Colorado River. The study will track forage growth and grass quality while comparing protein content against similar irrigated land. Learn about other technology, like desalination, that could ease drought at WGA's Winter Meeting.

Building on the Moon: NASA and the Texas-based 3D housing manufacturer Icon are partnering to build lunar infrastructure. Icon is known for making military barracks and will complete structures to house astronauts on the moon and even Mars. The project will be humanity’s first construction on another world and could launch into space by 2026.

Treating Epilepsy at Home: University of Oregon engineers developed a sensor system that could help epileptic patients manage prescriptions from home. The technology tests saliva to determine if there is enough anti-epileptic medication in a patient’s system. "Saliva, which is easily and non-invasively accessed, has terrific potential for health monitoring,” said associate professor of bioengineering, Elaine Fu. "It's exciting to be making progress toward a medical tool that people with epilepsy can use to improve their therapy and quality of life.”

Preserving Indigenous Language: The Montana Digital Academy formed a curriculum of free Indigenous language courses for public school students. Classes are available for each Indigenous language spoken in Montana, which tribal members helped create. “For me, (language preservation) is important because I do not want to be in a generation that witnesses the extinction of a language that’s been here from the beginning,” said Montana State Rep. Jonathan Windy Boy, who guided the initiative.

Read highlights, see photos from the 2022 Winter Meeting in Phoenix