Western Governors on the final day of the 2019 WGA Winter Meeting.heard the emotional story of drug addiction's toll on young people from the principal of the nation’s first public school for students in recovery from substance abuse, discussed cybersecurity, learned more about the epidemic of missing and murdered indigenous women, and approved five policy resolutions. 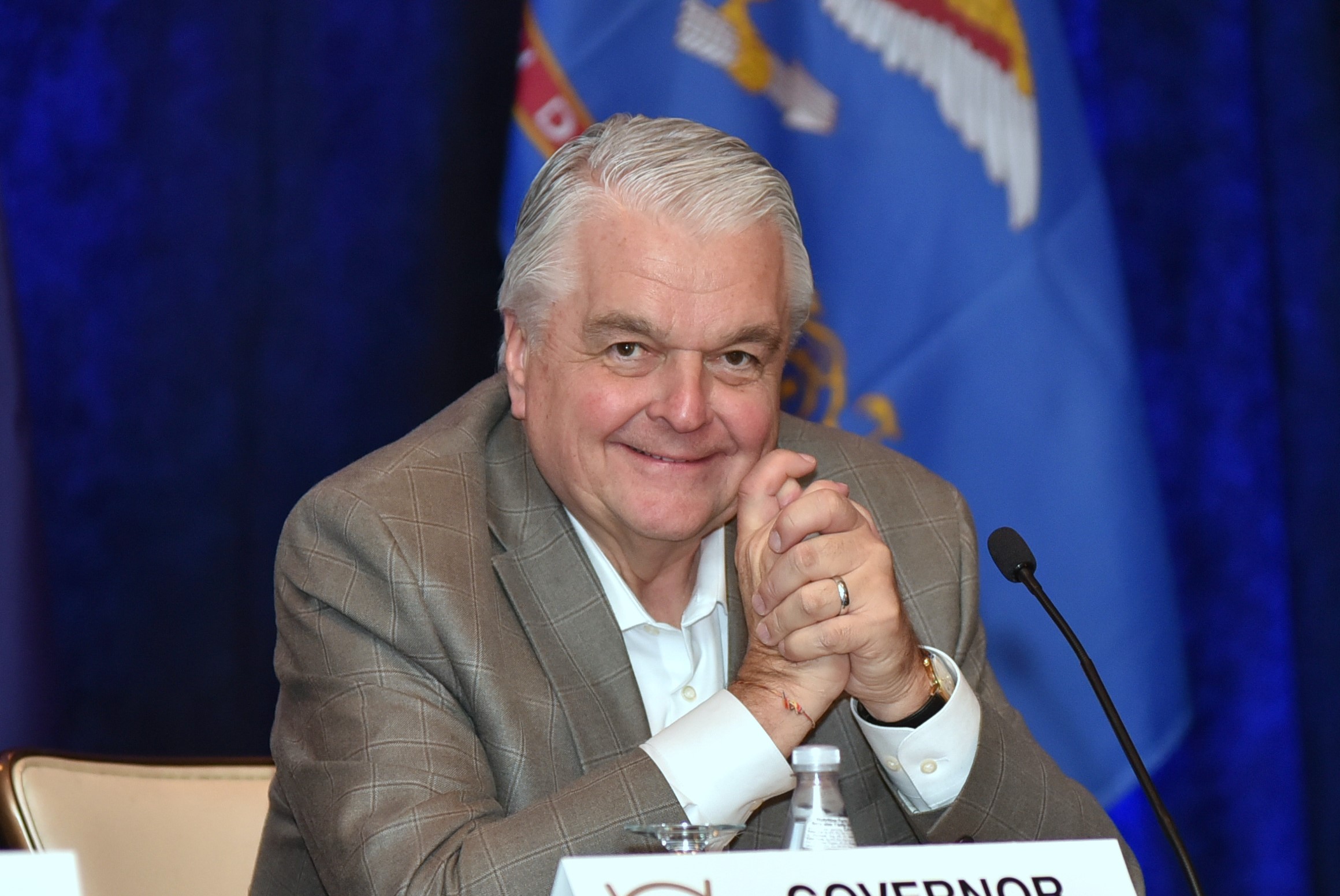 The governors also held Day Two roundtable discussions about Blockchain for Cybersecurity and Government Efficiency. The meeting concluded on Saturday with the announcement of five policy resolutions and an encouragement to attend the 2020 Annual Meeting from June 29-July 2, 2020 in Medora, N.D. Day Two highlights included:

Roundtable: Behavioral Health: Barbara Collins, the Principal of Mission High School in Las Vegas, shared her deeply personal experience working with students at the first public school in the nation designed for students in recovery from substance misuse, use and/or dependency. She was joined by North Dakota First Lady Kathryn Burgum. 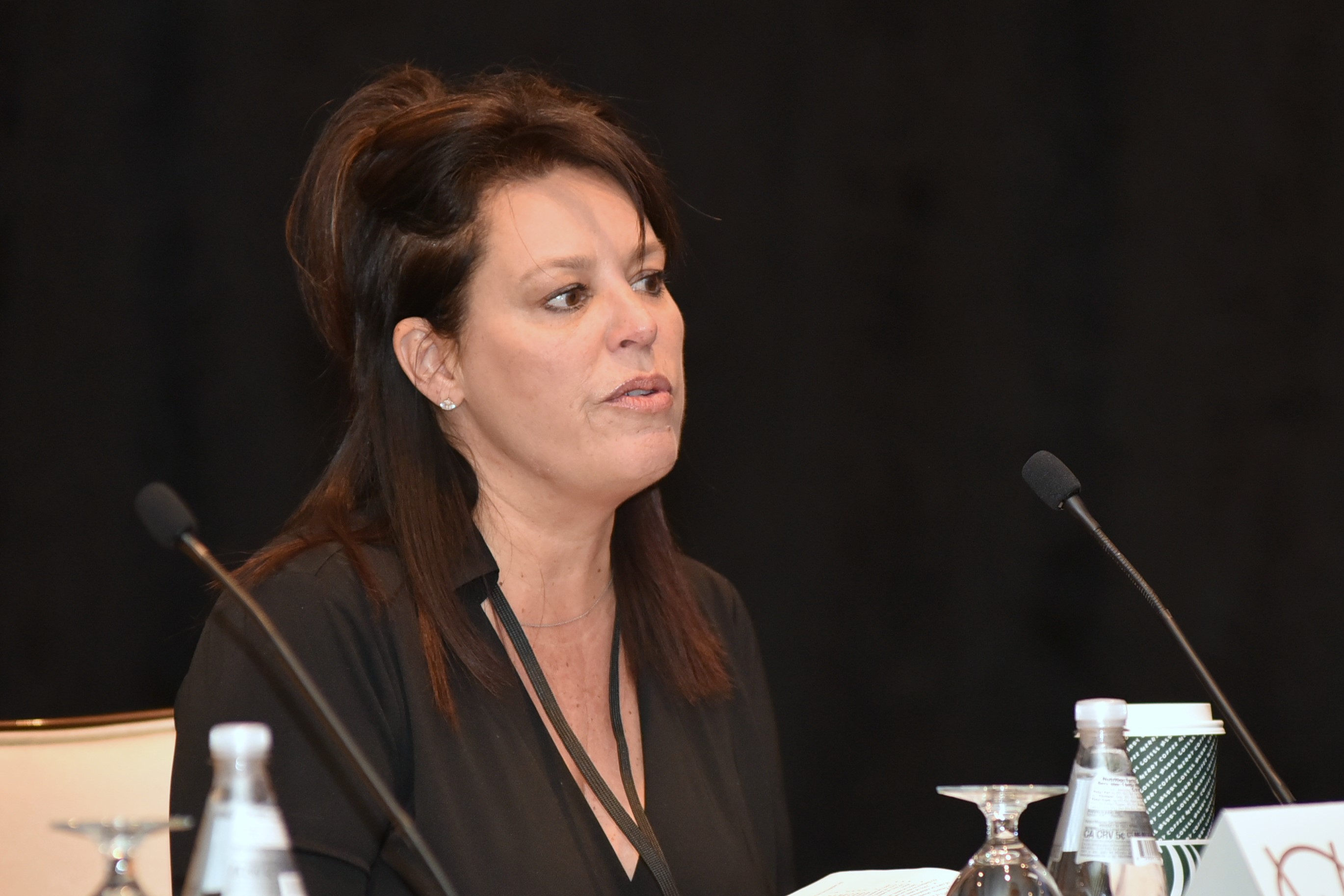 Barbara Collins: “When we first started, we only had 5 students. Three of them have already graduated, and I wasn’t sure they were even going to make it to 18.”

“We work really closely with families. I told a parent ‘your son makes me smile every day,’ and she responded, ‘That’s the first nice thing someone has said about my son since he was in second grade.’ ”

“We need to get more services in elementary schools. If a student needs to spend the entire day with a specialist or counselor, then that’s what needs to happen.”

“We have to get rid of the stigma of addiction. That’s the reason we only have 33 students. No parent wants to admit that their child has an addiction.”

First Lady Burgum: “Prevention is hugely important. There are many studies that point to early use of drugs and addiction rates.”

“The thing that we have to do is focus on acute childhood trauma. That’s the link to drug and alcohol use. We also have to get more behavioral health specialists in schools so kids can reach out and get 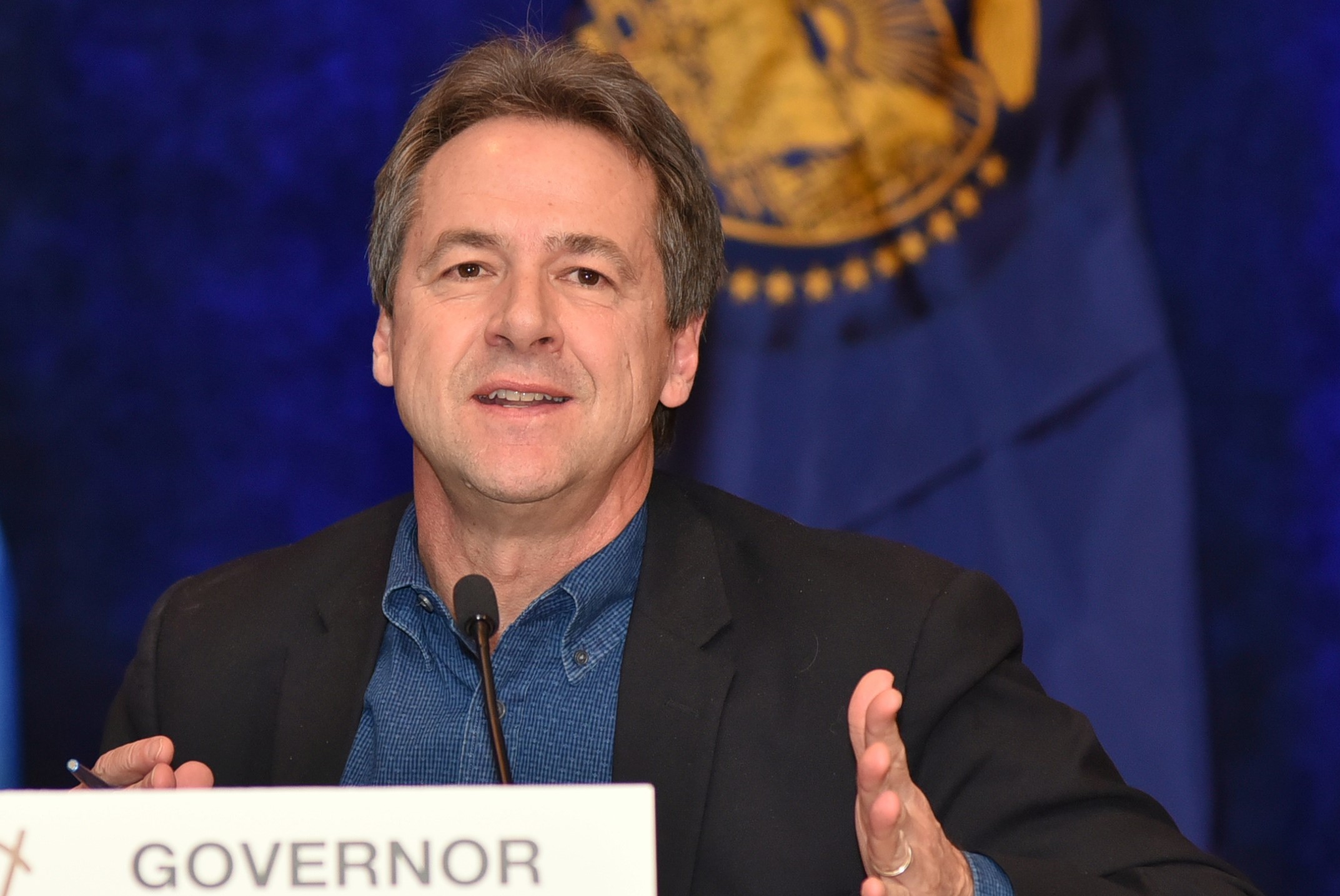 the support they need. “

“There’s a huge opportunity to learn from this partnership. There are over a million kids from the ages of 12-17 dealing with addiction issues. We have to thank Nevada for endorsing this model of a sober high school and pushing it forward.”

Gov. Steve Sisolak: “I can assure you that we will put the full weight of the governor’s office to support Mission High School. We appreciate that you realize that these kids are not disposable and are valuable members of society.”

Gov. Doug Burgum: “If students are dealing with addiction, the general response is punishment. When we were visiting the school, a student shared that they had used the night before. The first that Ms. Collins did was to give him a hug. The only consequence was to move the student’s chart from two months of sobriety to one day, and then he was off to class.”

Gov. Brad Little: “One of things we’re looking at in Idaho is the lack of psychological training for our teachers. How do we train the teachers to recognize kids’ risk factors? I was shocked to learn that we don’t have counselors in our grade schools. I convened all of our branches and our state supreme court to try and take a coordinated approach to addressing this challenge.” 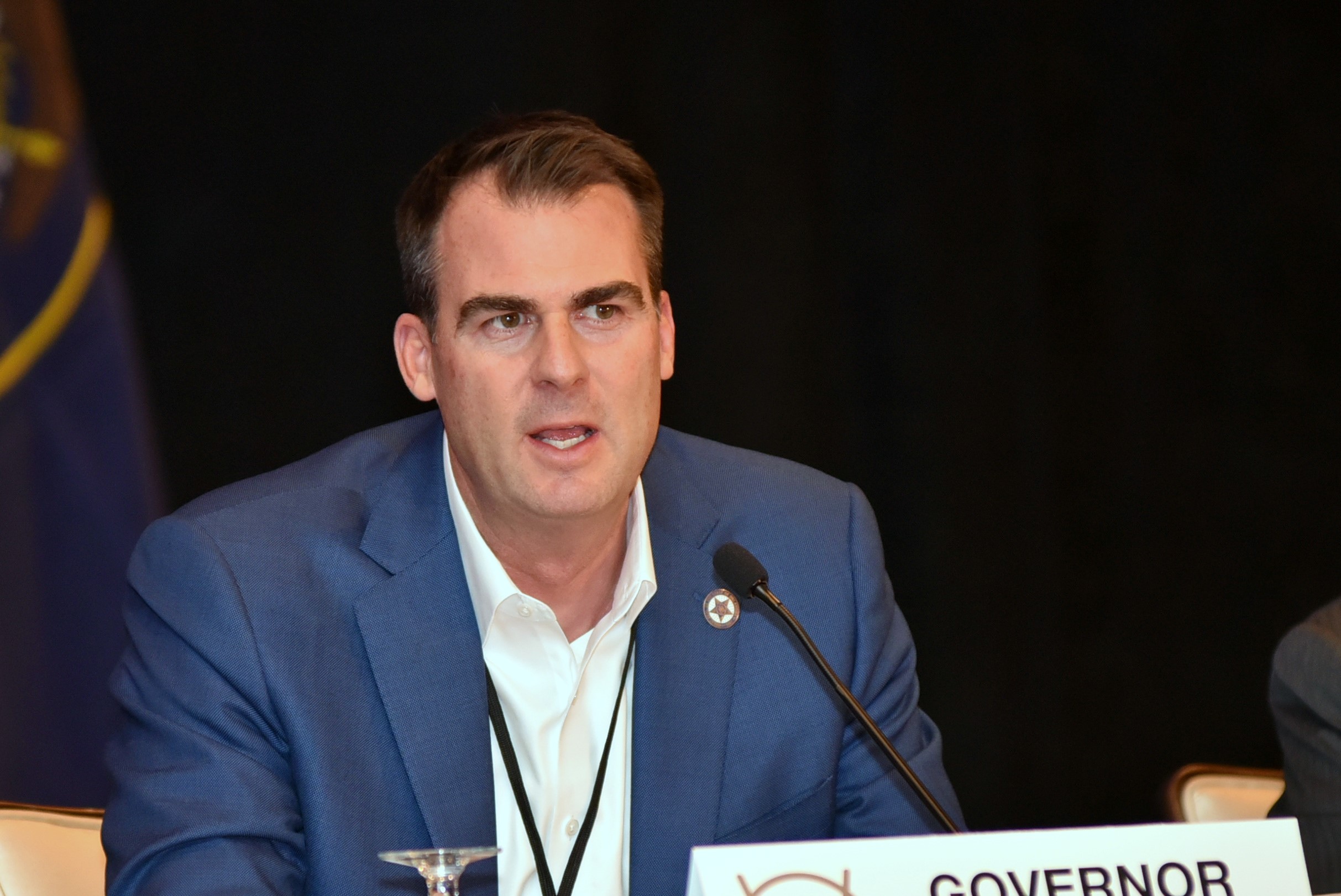 Roundtable: Blockchain for Cybersecurity and Government Efficiency: Panelists discussed the basics of blockchain uses by the government and the private sector and other emerging issues with cybersecurity and supply chain vulnerabilities.

Michael R. Howard, Head of Security Practice, HP Inc.: "Make security the number one evaluation when purchasing anything that touches your network. Malware can come in through your printer these days, so you need a holistic approach."

Lev Kubiak, Vice President and Chief Security Officer, Pfizer: "It is important as governments embark upon this journey of utilizing blockchain to not look only at this as a panacea of solutions, but also looking to know the difference between legitimate and illicit supply chains."

Pete Teigen, Blockchain/ Emerging Tech Advisor, IBM: "My job is to take the best things of technology and apply them to problems they face every day. Technology is not always about using the newest and flashiest thing, but instead about using it to solve real problems."

Gov. Doug Burgum: "One of the first things we did was a comprehensive cyber assessment of the state. What we found is that some of these systems had no security on them, as they were put up pre-internet. All of the Governors up here have an inordinate amount of data under our responsibility. We have a moral imperative to secure this, and yet we have a system of procurement that is not up to speed with the issue."

The Missing and Murdered Indigenous Women Epidemic: Panelists enlightened the audience on the epidemic of missing and murdered indigenous women across the United States and Canada, as well as what needs to be done to adequately address the tragedy.

Gov. Doug Burgum: “Murder is the third leading cause of death for Native American and Alaska Native women, 10 times above the national average.”

Lynn Trujillo, Cabinet Secretary, New Mexico Department of Indian Affairs: “We still don’t know the full scope of the crisis. The data is not fully accurate: 5,712 cases of MMIW were reported in 2016, but only 116 were logged in the DOJ database. There are various databases that exist but there is no coordination… Data deficits are exacerbated by underreporting by the media and inaccurate classifications which skews reporting.”

"This crisis will not be solved by once piece of legislation or one task force; it will require long-term efforts from everyone.”

Scott Davis, Executive Director, North Dakota Indian Affairs Commission: “Many tribal members blame the law enforcement for not doing enough. We try to use the Governor’s office as a conduit to getting involved. We often experience jurisdictional issues between tribal, state, and federal land, so partnerships are important to be able to search and investigate all necessary areas.”

"When I see silver alerts, there is a concerted effort to look for an elderly person who goes missing, the same with amber alerts. How can we make an alert system like this for missing indigenous women, and who should have the authority to push that button? That’s what we really need.”

Read a Recap of Day One of the Meeting

Get the latest news about the West and its governors by following the Western Governors' Association on Twitter, Facebook and LinkedIn

Best of the West: Controlling feral hog populations; missing and murdered indigenous women in the West; another brutal avalanche season predicted for Colorado