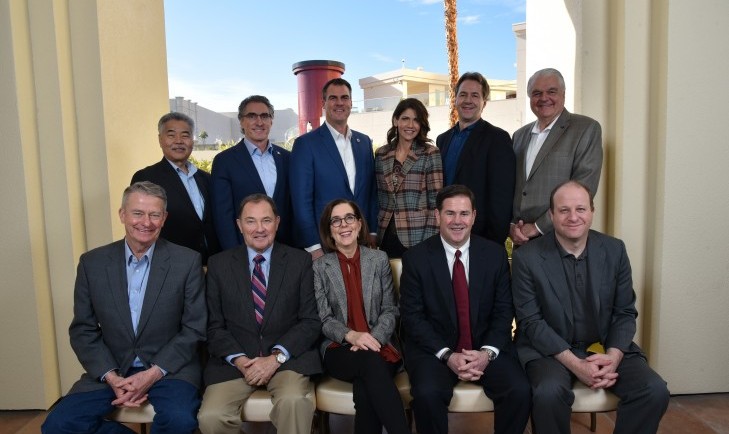 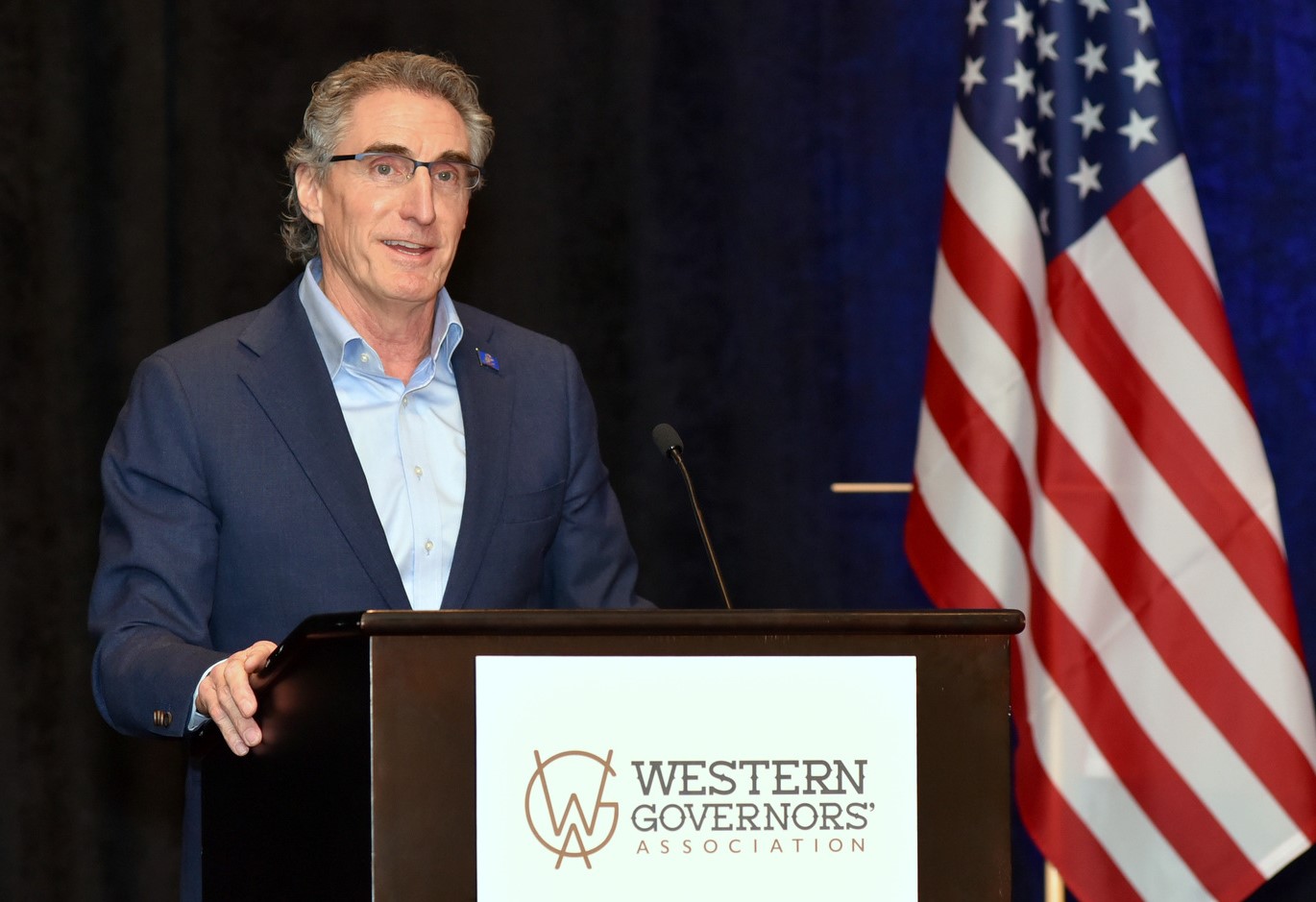 Western Governors launched their 2019 Winter Meeting in Las Vegas today by tackling the challenge of reinvigorating rural communities, discussing the evolution of the state-federal relationship, and highlighting energy innovations. The Governors heard from Land O'Lakes CEO Beth Ford about how the national cooperative is central to the vibrancy of the communities in which they are do business and thought leader Dean Kamen about how to best educate the workforce of the future. 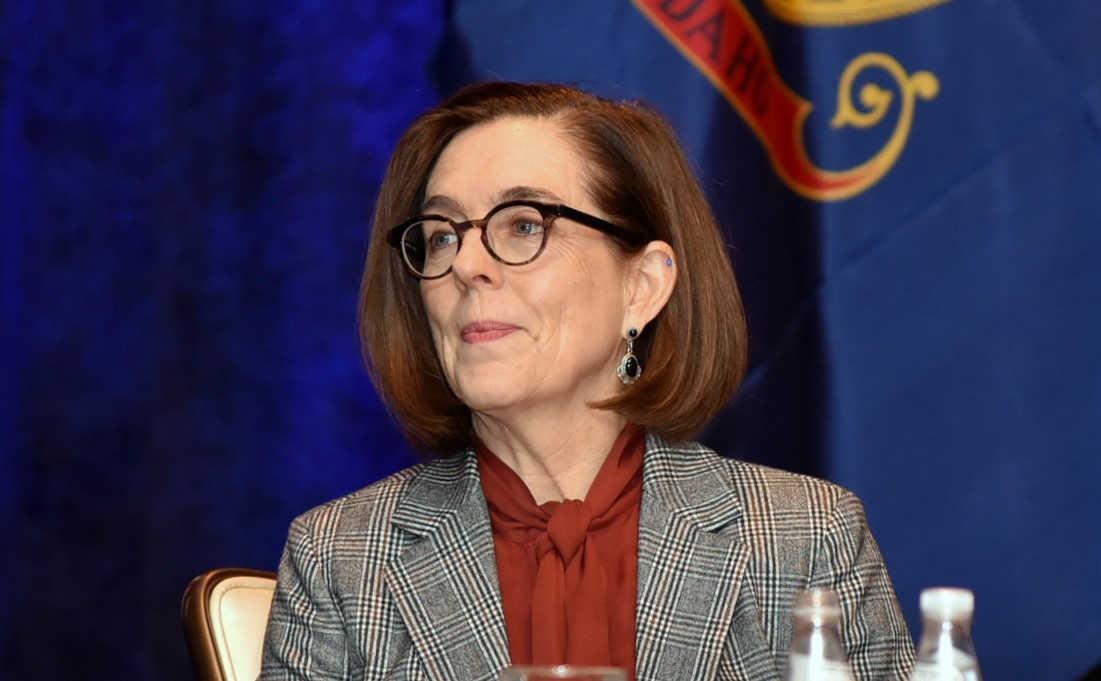 The governors also held roundtable discussions about energy innovations and precision agriculture. The meeting continues on Saturday with discussions on a variety of topics, including blockchain and behavioral health. Following are highlights from Day One.

Gov. Burgum: “We’re going to triple our computing power in the next four years, and what does that mean? We’re in a place and time where innovation is changing every job and every industry faster than we can comprehend.” 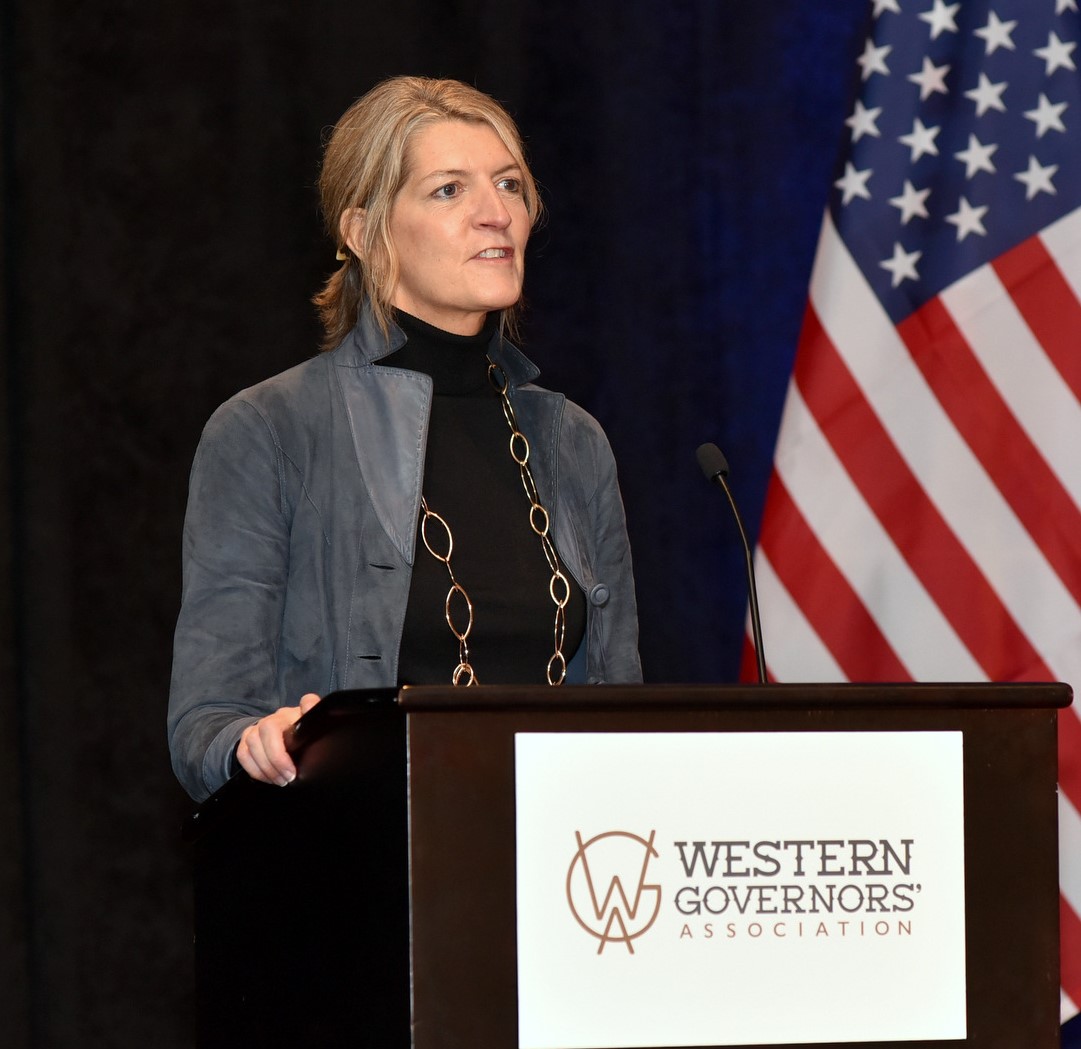 “How do we take these unique things happening demographically and technologically and take advantage in order to create opportunity?”

“The most important thing is community. In times that we are polarized, how do we elevate our thinking beyond divisive issues to create a community that works for the people?”

Beth Ford, CEO of Land O’Lakes: “At its heart, the cooperative model is a very special model. [Cooperative businesses] are central to the vibrancy of the communities in which they are doing business. They are the teachers; they are the firefighters.”

“Broadband in rural America is central to the security of our country. The lack of rural broadband access today is unacceptable. It is urgent, and every day it is leading to lack of opportunity in rural communities.” 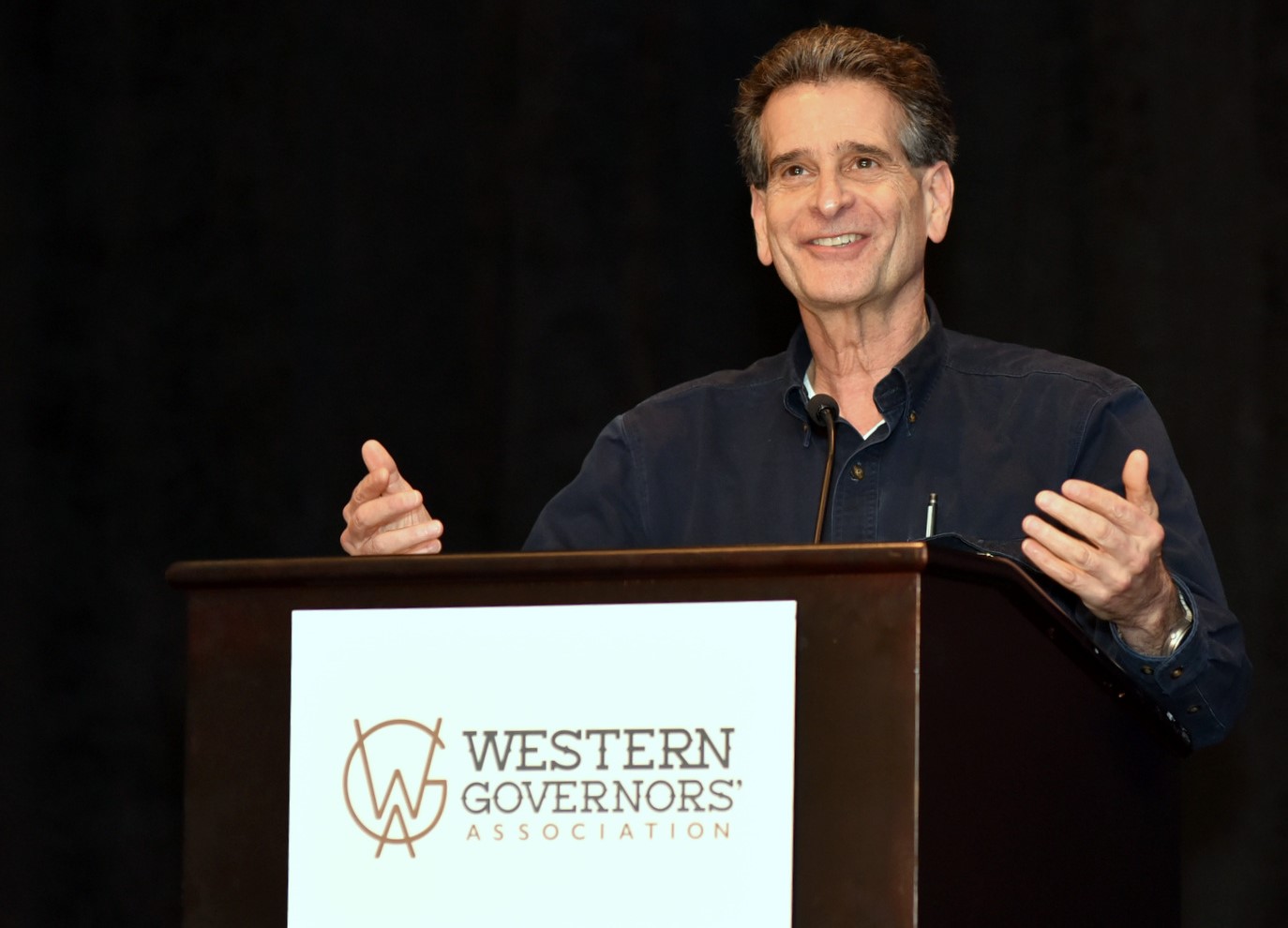 The prolific inventor shared his vision of the future and discussed FIRST, the foundation he co-founded to inspire young people to enter STEM fields.

“The industry was concerned 30 years ago about not having enough tech people. They said it was an education problem. We don’t have an education problem; we have a culture problem. Technology and media have created superstars in entertainment and sports. The average kid never sees a young enthusiastic adult not from the worlds of entertainment and sport.”

“Be part of the culture that makes science and technology and engineering seem exciting and accessible to kids. Put it in the format that makes them want to participate.”

“We don’t use kids to build robots, we use robots to build kids.”

Dennis Daugaard, former Governor of South Dakota: “WGA is a really good environment to develop relationships with the Governors who are not of your party.  Many of them have values and priorities that align, and this helps us work together to tackle issues. But it also gives Governors comfort to present a unified voice to Congress.”

Matt Mead, former Governor of Wyoming: “It is better to simply recognize that the tension between the states and federal government is there. Just pounding the table doesn’t get anything done. You have to think more deeply about how to effect change. That is where partnerships comes in.”

Top executives and officials gave the Governors and attendees a preview of what is just around the corner for energy technology:

Gov. Kevin Stitt: "There is no better place for research and production of energy technology than the West. We have conditions and resources unlike anywhere else in the country and boundless potential for growth."

Martin Keller, Director, National Renewable Energy Laboratory: "When you look forward where we are going, electricity produced by renewables at some point will be the cheapest means of producing electricity. This will lead to further innovations downstream."

John Harju, Vice President for Strategic Partnerships, Energy & Environmental Research Center, University of North Dakota: "Renewables have a serious challenge with being able to take on increased portions of our grid. Integration of fossil and renewable mix is an important part of our energy portfolio going forward."

John Hopkins, Chairman and CEO, NuScale Power LLC: "Think of a rural community that has a coal fired power plant. When these communities shut down coal, we have the ability to go in and open up one of our plants and create jobs. Many workers can be crosstrained."

A look at how farmers and ranchers are using various technologies to innovate their operations and policies that can support the growth of advanced agriculture across the West.

Jim Ethington, CEO, Arable:“How do we better manage our natural resources in the face of many challenges? Our mission is to use science and data to improve productivity and sustainability of agriculture. Starts with an integrated system.”

John Jansen, Vice President of North America, The Climate Corporation: “Our belief is that the next big breakthroughs in ag are going to come from data and analysis and helping inform better decisions. Data science helps farmers and agronomists make better decisions about the seeds they plant, how they manage their crop, and reduce risk in their operation.”

Read a Recap of Day 2 of the meeting