The meeting featured keynotes by Transportation Secretary Elaine Chao and Labor Secretary Alexander Acosta, as well as discussions on significant western issues, including the changing face of the West, energy, and autonomous vehicles. 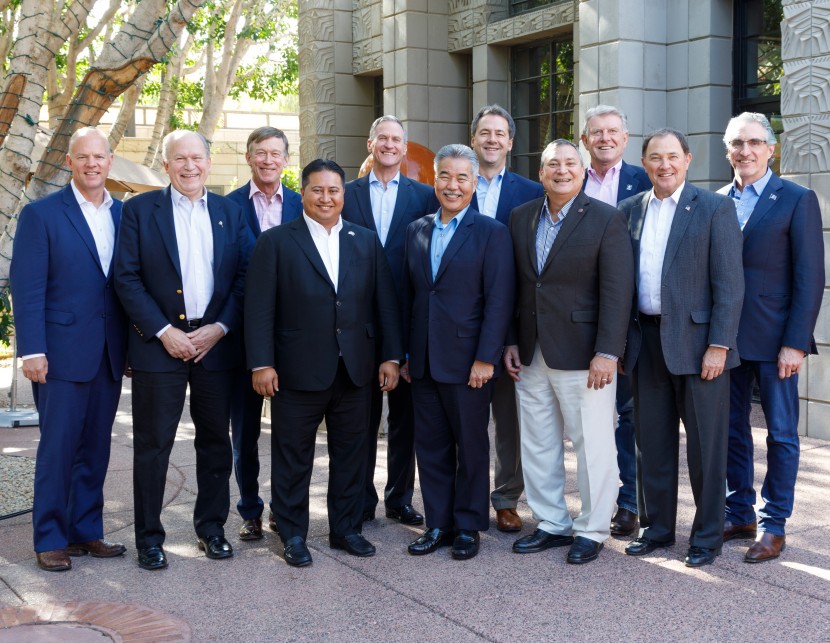 On Day One the Western Governors examined the evolving face of the West and how to handle the ever-changing landscape of workforce development, including remarks by Secretary of Labor Alexander Acosta. The Governors also heard from Forest Service Chief Tony Tooke and an entertaining keynote by Cheers star John Ratzenberger brought the day to a close. Read the Day One Report, see a slideshow.

Day Two of the meeting included a keynote by Transportation Secretary Elaine Chao, followed by a roundtable that explored the future impact of autonomous vehicles on jobs and infrastructure. Arizona Cardinals President Michael Bidwill opened the day with a keynote about the team’s past and future. The meeting concluded with a panel of historians who explored the evolution of the state-federal relationship. Read the Day Two Report, see a slideshow.